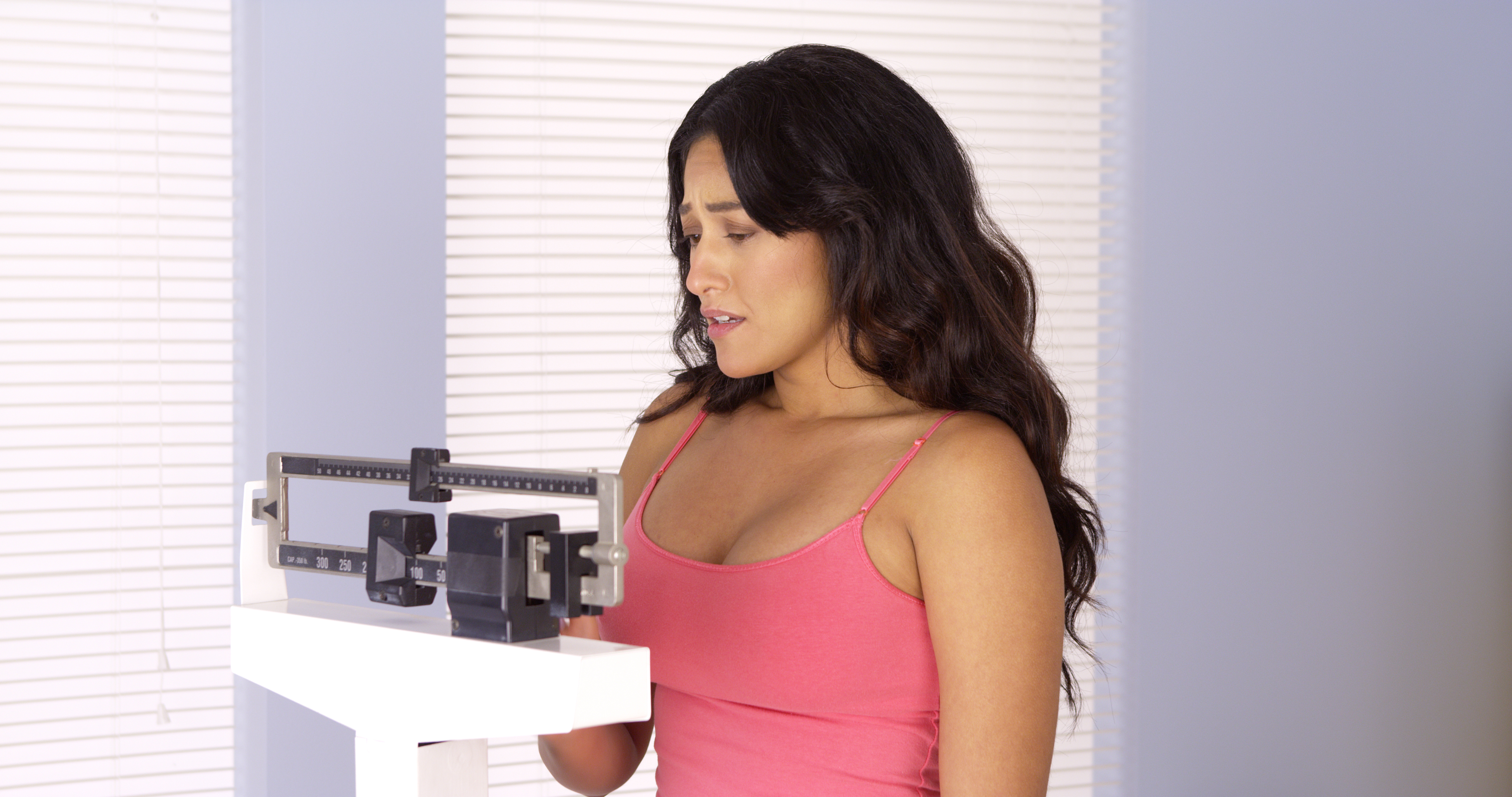 Even though we’re still in the holiday season, it won’t be long before New Year’s Resolutions jumpstart diets to hopefully undo that holiday damage. Judging from history, most people will do them wrong and quickly abandon them in frustration. I hear the common refrain that “diets don’t work,” but they’re actually pretty effective if you do them correctly. It’s like saying “cars don’t work” because you keep crashing them into trees. Cars work just fine, you’re just driving them wrong.

This is the first of a two-part series to help you customize your diet for your needs, so you’ll be more likely to stick with it all the way to your goal. This week, we’re going to focus on 5 common problems that trip people up and cause their diet plans to end prematurely.

To figure out how to make your diet work, you first need to understand why most people typically don’t succeed. There are all kinds of reasons, of course, but I’ve found they boil down to a handful of physical and mental reasons (mostly mental). 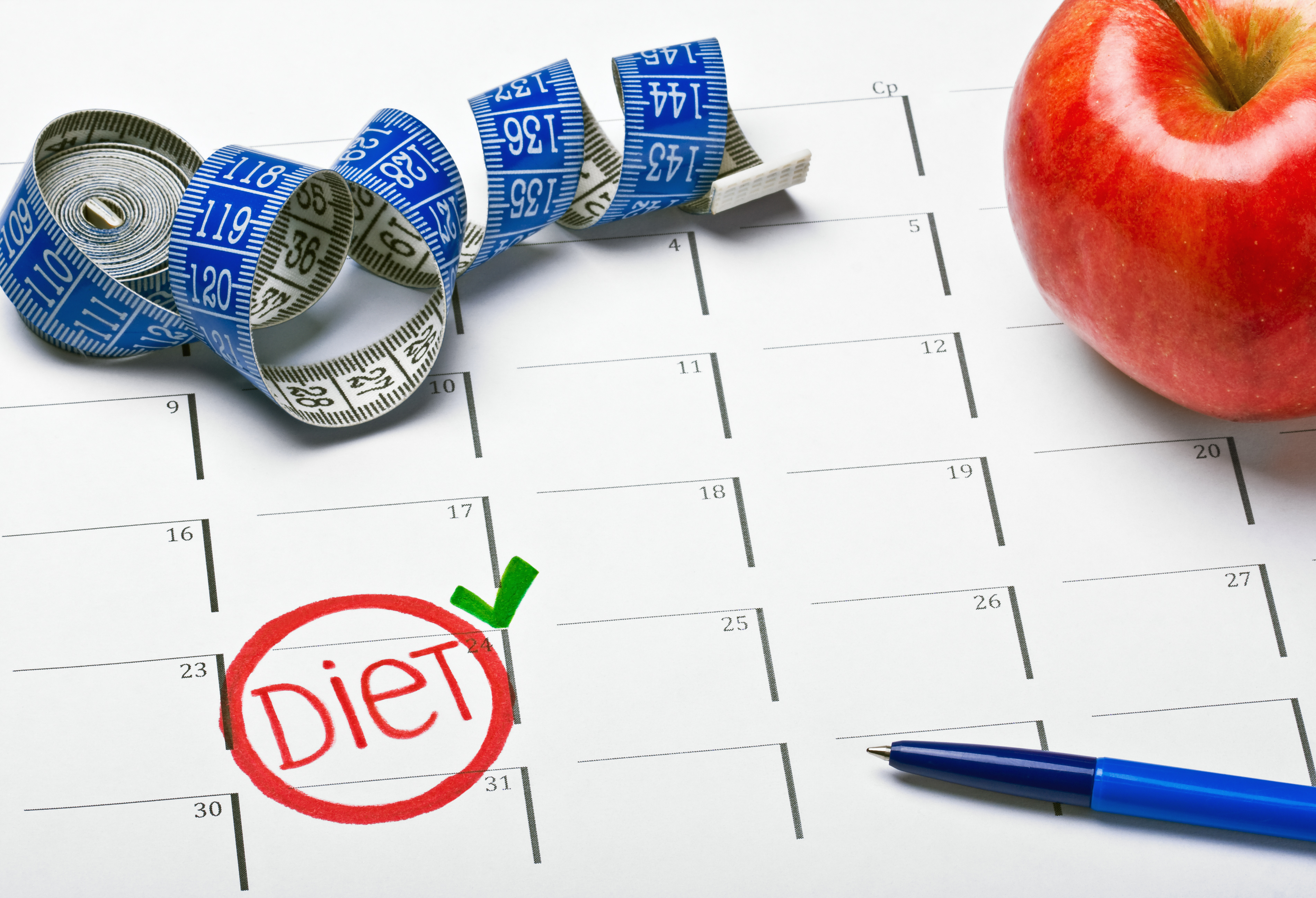 Probably the biggest issue is our general impatience. We want to hit our goals as fast as possible so we can get off this miserable diet and get back to our normal lives. Even worse, our bodies provide the illusion that this is possible by shedding a lot of water weight within the first few days or weeks, which makes us think that if we simply push on the gas pedal even harder, we can lose 20 to 30 pounds of fat in a month and then be done with it. Like I’ve said many times before, your body thinks weight loss is a sign that you’re starving to death and works hard to prevent that from happening. The harder you push on the gas, the more your body applies the breaks to your metabolism and movement to compensate.

This is also why people give up so quickly. If I told you to walk at a slow pace, you could go for quite a while before you had to stop. If I told you to run as fast as you can, you’re not going to get very far before you stop. It’s the same with a diet. The harder you push, the faster you’ll burn out and quit, and since real progress takes a while, you’ll probably quit long before you lose more than just water. Real progress will require changes that you can live with for a long time. I’ll outline some simple tips next week that you can do to make sure you can go the distance. 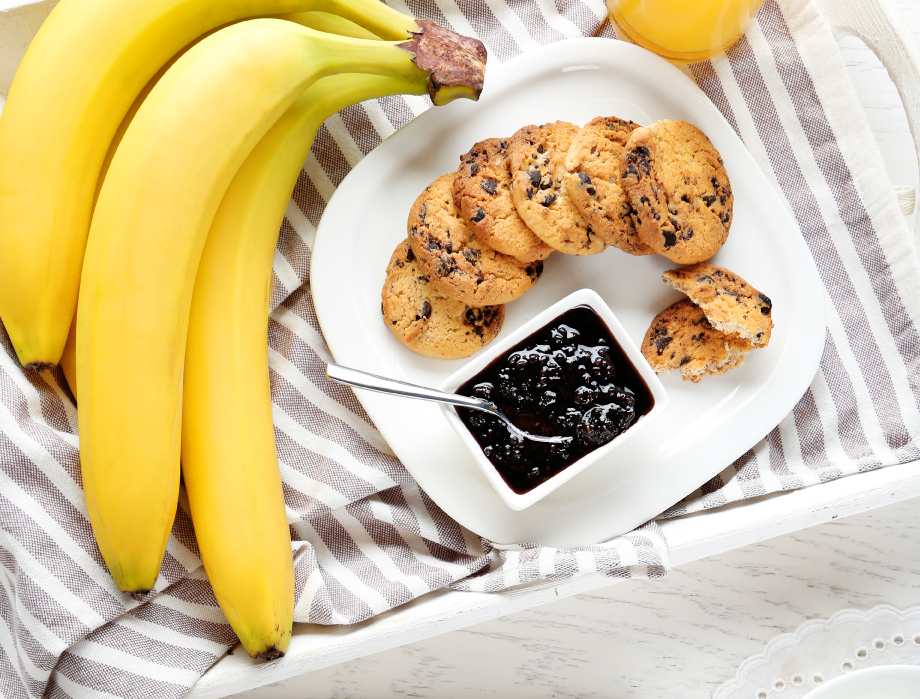 2. One size does not fit all

Human physiology is complicated beyond our ability to fully comprehend. Sure we know a lot, but in order to communicate the complexities of something like nutrition, we often have to compress a wide range of possible interactions down to an overly simplified explanation. Just look at calories. As I’ve explained before, we came up with our calorie values by lighting food on fire and measuring the amount of heat released. This doesn’t really represent how our bodies process those same nutrients, but it’s what we use because we haven’t figured out a better system yet.

A new study out of the Weizmann Institute of Science in Israel looked at another system of food measurement that we just assume works for everyone, the glycemic index. We use the glycemic index to show how much a given food will effect your blood sugar levels after ingestion. Foods with a higher number will spike your blood sugar levels. Why do we care about post-ingestion blood sugar? Because higher levels of blood sugar not only spikes your appetite again causing you to eat more, but it is generally considered a cause of many unhealthy conditions. As the study says,

“Postprandial hyperglycemia (high post-meal blood sugar levels) is an independent risk factor for the development of type 2 diabetes, cardiovascular disease, and liver cirrhosis and is associated with obesity and enhanced all-cause mortality in both diabetes and cancer.”

So while we understand that it’s healthier to focus on low-glycemic foods to control our blood sugar levels, the study found that people responded differently to the same foods based on various factors like certain genetic markers, time of day, distance from previous meals, the composition of their gut microbiome, and even foods they had the previous day. For example, many people had blood sugar spikes after they ate cookies but not from bananas. Other people had the opposite result. One woman in particular found that her blood sugar spiked after eating tomatoes, a food that she thought was healthy but was actually sabotaging her previous diet attempts.

This doesn’t mean that cookies are healthy for some people and unhealthy for the rest of us. They’re still empty calories lacking vitamins, minerals, and other nutrients that will offer benefits independent of the sugar. It just means that some of the people trained their gut bacteria to better handle junk food at the expense of bacteria that can process healthier foods. The study proved this as well by monitoring people’s gut microbiome once they ate a healthy diet. It only took a week to effect positive changes and allow them to better process whole fruits. On another note, they discovered that fiber helped to improve blood sugar levels 24-hours later. The take-away: While healthy foods can retrain your body to better process what you eat and increase the presence of bacteria in your microbiome associated with health and longevity, some foods may not work for you as well as they do for others. We’ll get into how to plan your diet with this in mind next week. 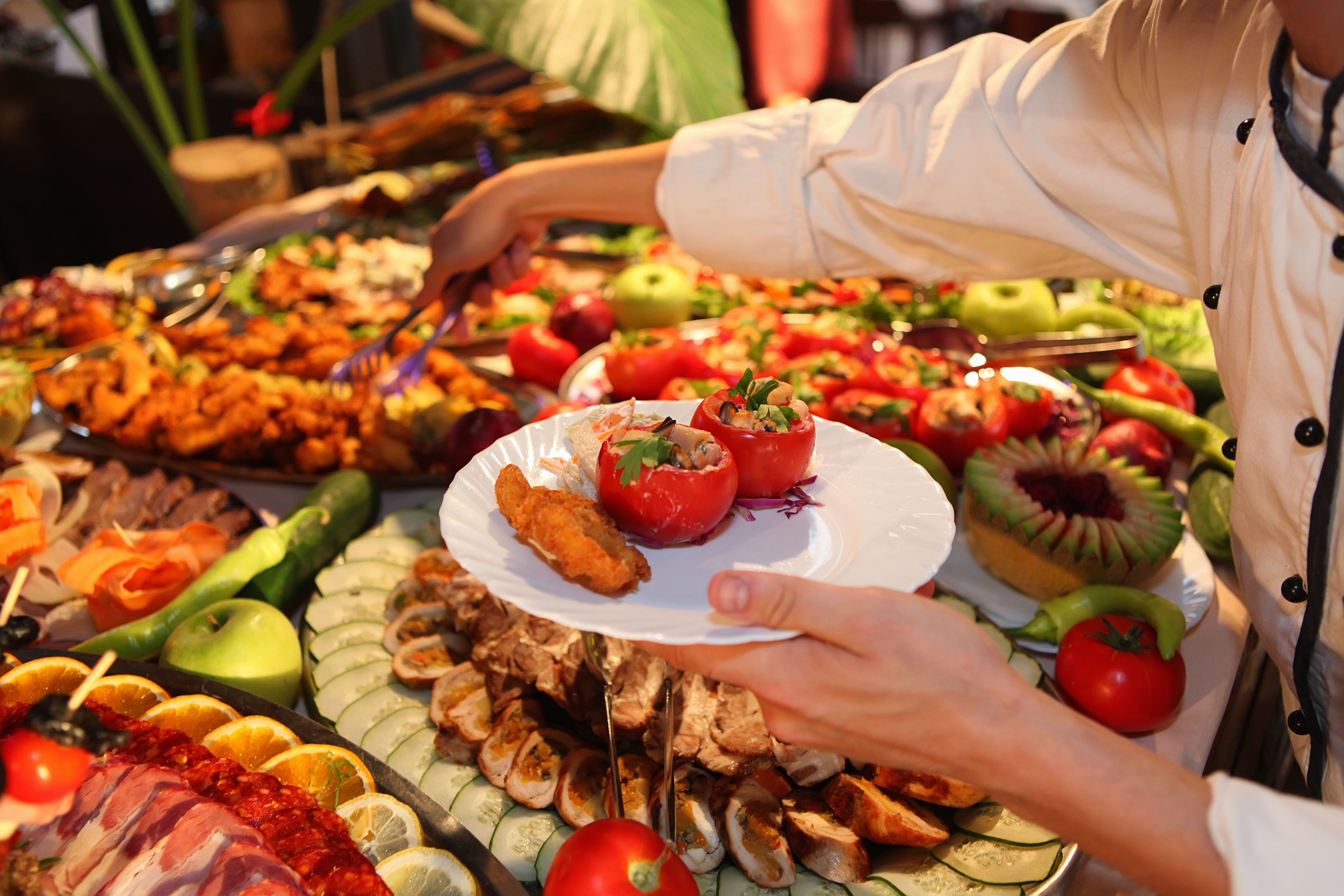 “Variety is the spice of life.” While a little variety in your day keeps things interesting, variety in your diet seems to just make you eat more. Whether looking at a single meal or an entire diet, it seems that people and animals consume far more when there are more options. It gets back to the theory of diminishing returns like a mentioned in the holiday tips article. The last bite of something is never as satisfying as the first bite and eventually your body and brain will be satisfied and tell you that you’ve had enough. However, if you can switch to another food when you’re bored of the first one, you’ll end up eating more of both. The more options you add, the more you can eat of each before you grow tired of it all.

The other problem with variety is that it limits your ability to figure out your own personal variables. Maybe some foods spike your blood sugar more than others. Perhaps you react unusually to a food that is typically considered healthy, and you should consider eliminating it from your weight loss diet. You don’t need to eliminate it from your diet forever, but weight loss is already hard enough without throwing more roadblocks in your way. Since we can’t do thorough screenings of our genes, microbiomes, and reactions to various foods, we need to figure it out on our own. A consistent meal plan can help you narrow it down. Even before the Weizmann Institute of Science study, I told people to limit their variety if they want to lose weight. You need to keep an eye on what you eat and make adjustments if the scale isn’t moving how you like. It’s hard to even guess where to make changes if your daily diet is all over the place. 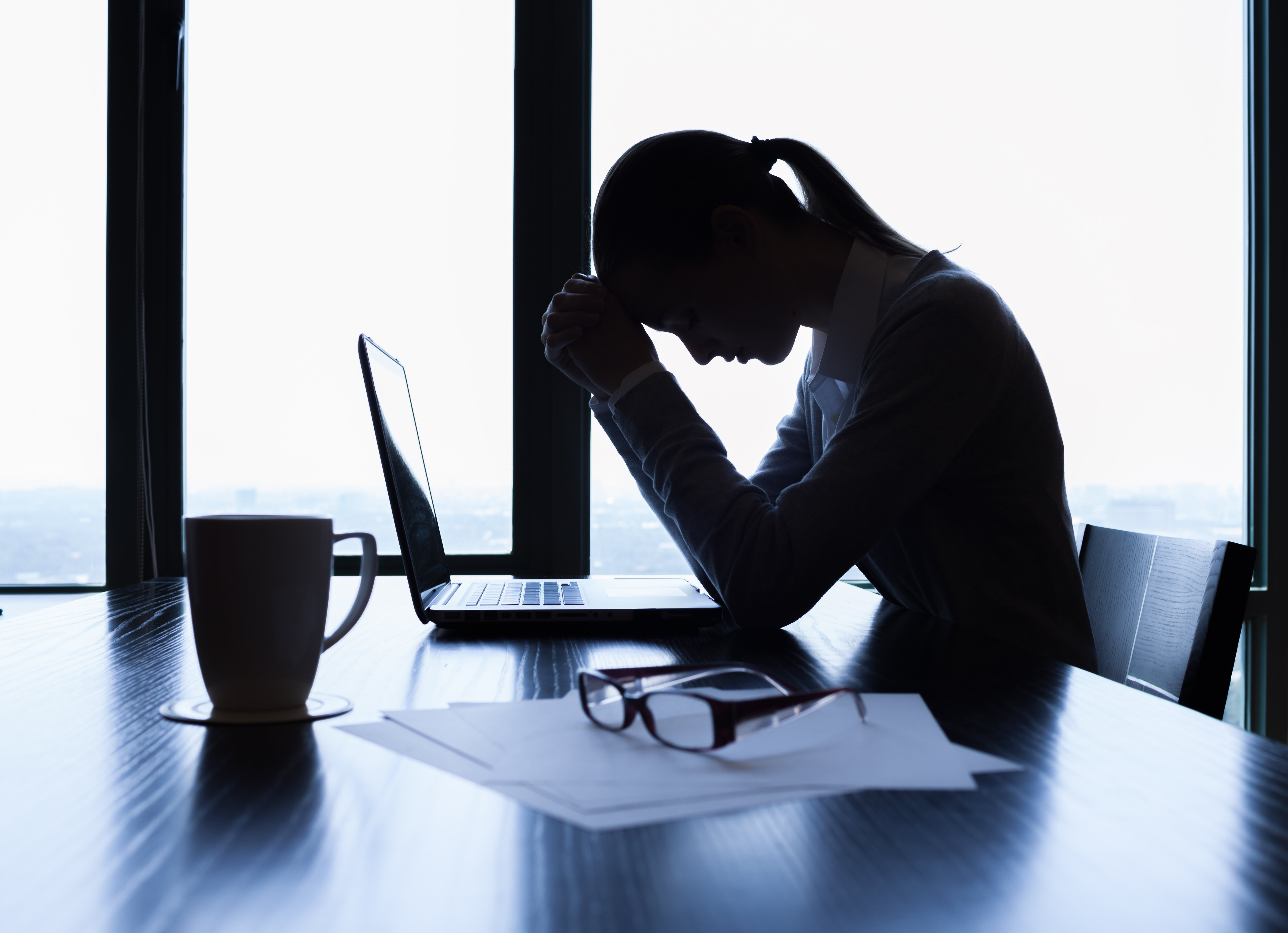 Limiting your variety also helps you combat a phenomenon known as decision fatigue. Every decision you make, no matter how small, taxes your mental reserves. It’s why successful people like Steve Jobs, Mark Zuckerberg, and President Obama are known for wearing the same thing everyday. As President Obama once told Vanity Fair:

“You’ll see I wear only gray or blue suits,” [Obama] said. “I’m trying to pare down decisions. I don’t want to make decisions about what I’m eating or wearing. Because I have too many other decisions to make.”

He then mentioned research which found that the act of making decisions degrades your ability to make further decisions. Decision fatigue not only taxes your decision-making, but your self-control. The more decisions you have to make throughout the day, the less likely you are to stick with your diet all the way to the end of your day. It’s why the worst diet choices tend to be made late at night. Trying to figure out what to eat for each of your meals throughout the day decreases your likelihood of making the right decisions later on. Reducing the variety and planning out your meals will reduce decision fatigue and keep you focused. 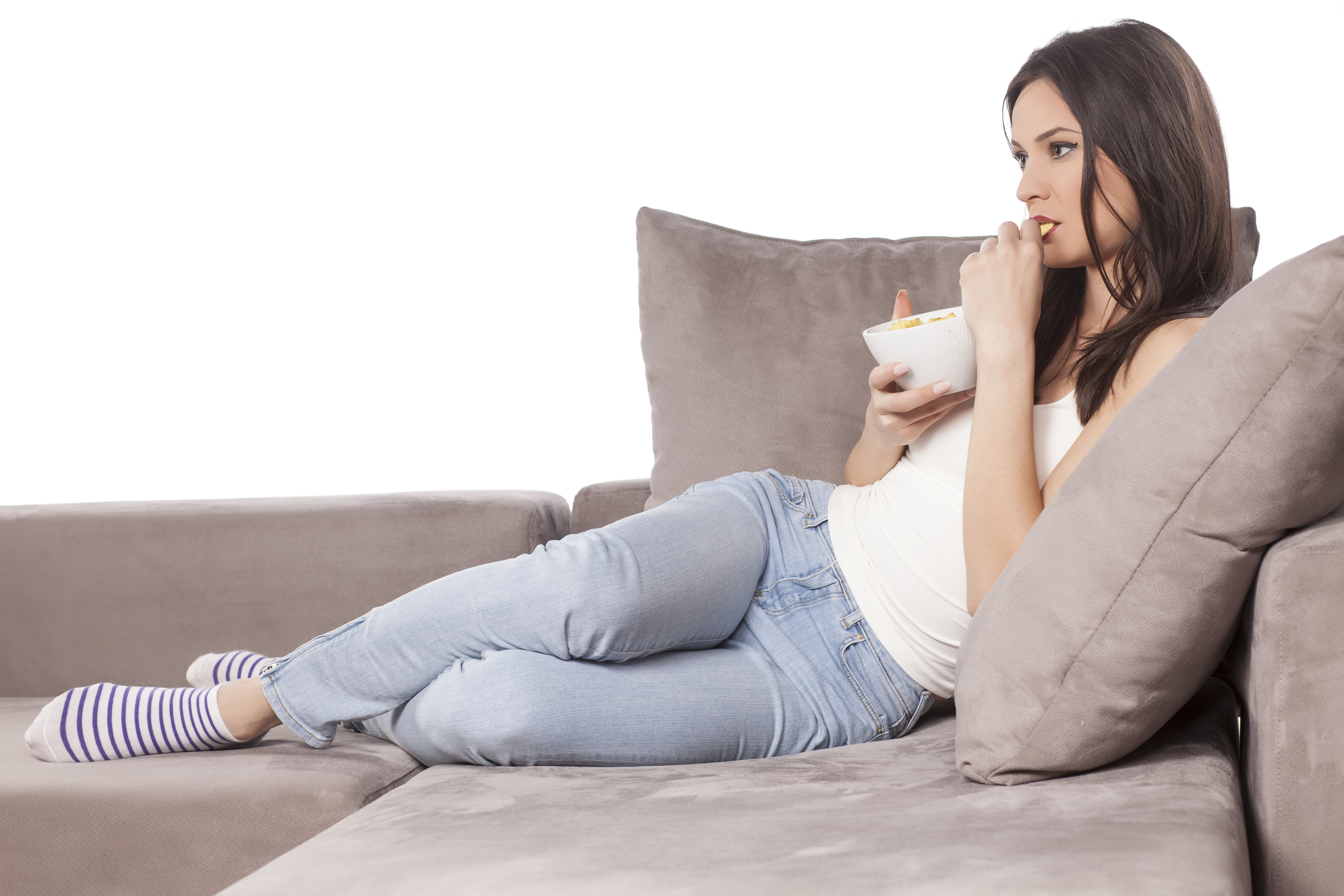 5. People ignore the emotional side of the equation

Limiting variety and eating food you hate or two different things. As I mentioned before, food is a joy and switching to foods you hate adds unnecessary misery to your diet. The more miserable your diet, the less likely you are to stick with it for more than a week. We don’t all eat 100 percent healthy or 100 percent unhealthy. There are plenty of things you enjoy that you can keep in your meal plan, and even unhealthy foods can be kept in the mix, just in much smaller quantities.

A recent survey commissioned by Orlando Health found that only 10 percent of respondents considered their emotional state as an important component of successful weight loss. We all get so focused on the hows of weight loss and weight gain (the diet and exercise part) that we forget to focus on the whys (the subconscious motivations behind our actions).

Why were you eating like this in the first place? Did decision fatigue and poor planning cause you to routinely go for the convenient, yet high-calorie fast food? Do you have a lot of stress in your life that leads to comfort eating? Do you use food as a reward for completing exercise (something that has been shown to lead to eating far more calories than you burn)?

Controlling your appetite is an important part of weight loss, but it’s rarely the most important part. I’ll show you how to structure your diet so you can actually feel satisfied on lower total calories, but I’ve found a lot of calories are consumed when people aren’t hungry at all. The reasons that clients typically give me is because they were bored or more often “I don’t know.” I’ve found that a common refrain for why they’re eating despite not being hungry is because of stress, anxiety, or depression. Like I said before, food is a joy and it can fill you up emotionally as well as physically, at least for a while. When it comes to the hows of losing weight, diet really is more important than exercise, but when it comes to reducing the stress, anxiety, and depression that causes over-eating, exercise has been shown to help relieve them. Next week I’ll focus on some tips and strategies to keep track of your motivations for overeating and how to redirect that energy towards something positive.

Next week: 7 tips to create a successful customized diet

Now that I’ve mentioned all the potential pitfalls, next week I’ll outline some simple strategies to help you leap over them on your way to your goal.