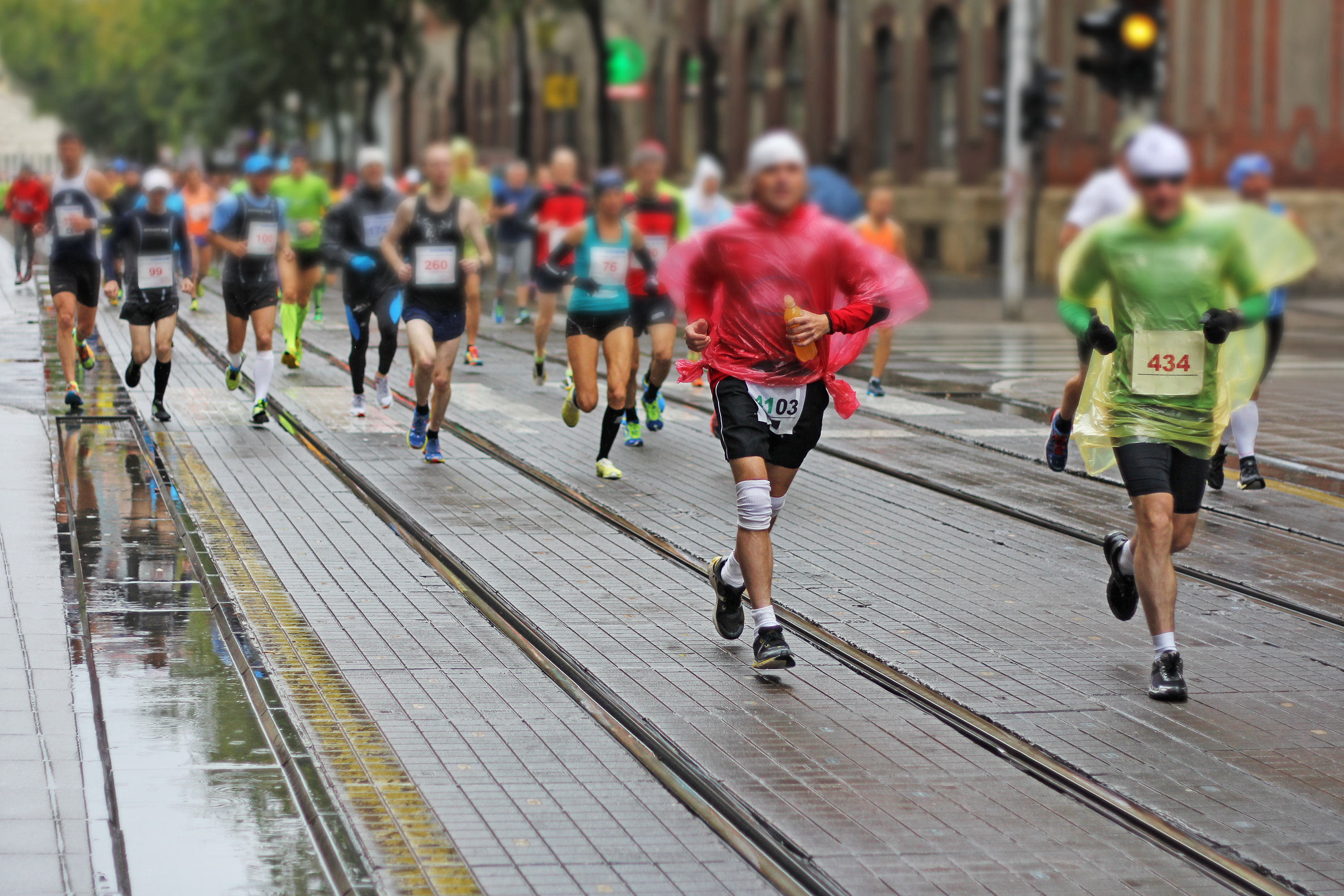 When it comes to race training, everyone thinks all they need in their diets is carbs, carbs, and more carbs, but as I explained in our Fueling Workouts Series, it’s more complicated than that. You need protein to rebuild tissue that gets broken down by punishing training, and you need the right kinds of fats to give you the extra fuel needed to keep you from bonking during your event. You also need to teach your body to use each type of fuel efficiently. Focusing your nutrition entirely one way or the other trains your body to be reliant on one type of fuel and unable to use the other as effectively in your event. This is why most people don’t think fat can fuel race training, because they have successfully trained their bodies so that they can’t.

The conventional wisdom is that only low-intensity workouts like walking or jogging are fueled by fat and high-intensity workouts like running and cycling are fueled exclusively by carbohydrates. As I mentioned in a previous article, the reality is that your body is always fueling itself with both. The percentage of each nutrient being burned skews more towards carbohydrates as the intensity increases, but that doesn’t mean fat burning shuts off when you’re working harder.

Since your body can only store so much glycogen for fuel, long-distance athletes are always looking for a way to tap into the bountiful stores of body fat to help fuel their performance. New research from the French National Institute of Sport, Expertise and Performance in Paris shows not only that this can be done, but that it can substantially improve your results. 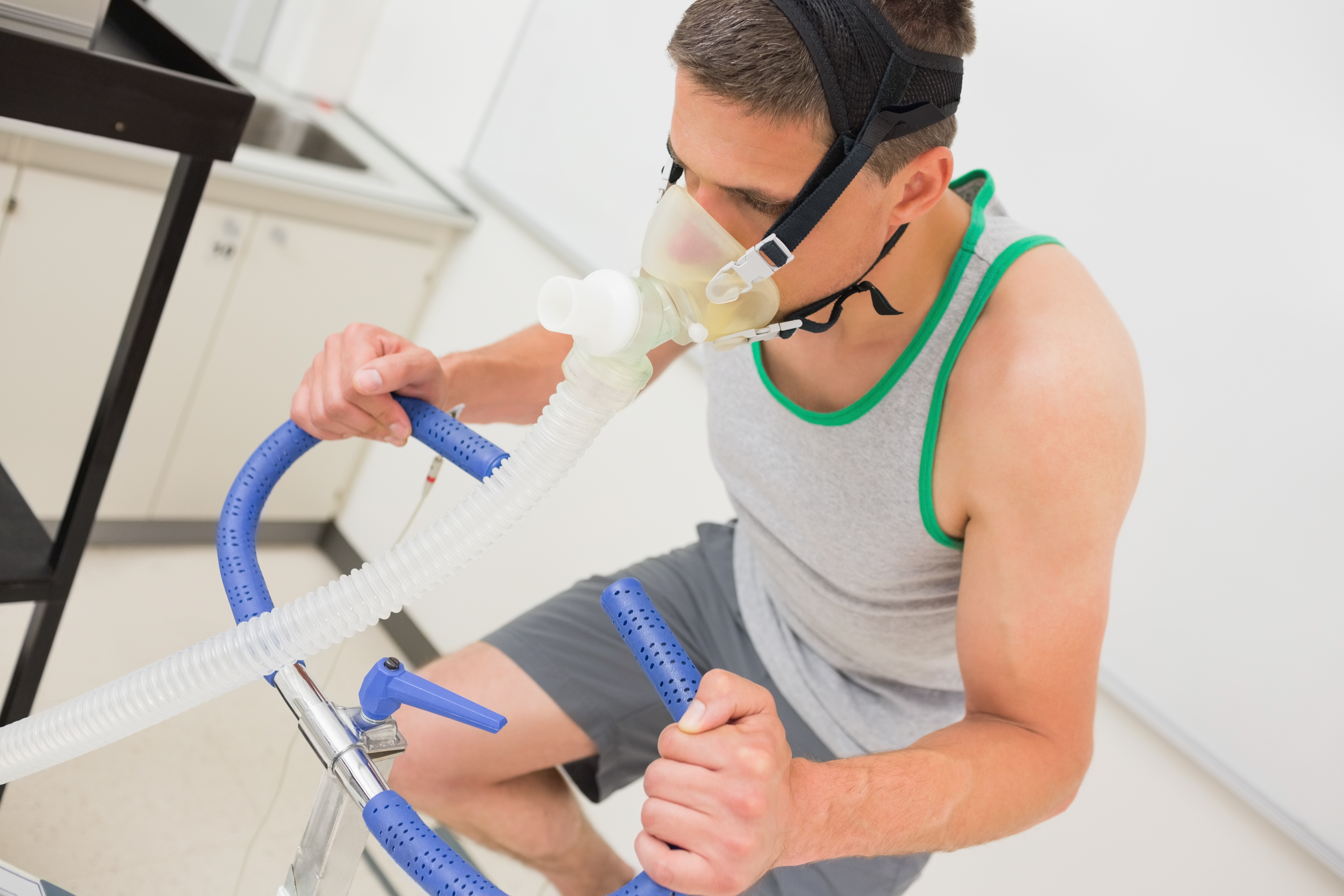 The study tested 21 triathletes to see how effective a “sleep low” diet strategy could be when combined with high-intensity interval training. The concept of sleeping low is to do two workouts a day, 3 to 4 times a week. One workout is a high-intensity interval workout that is fueled by carbohydrates and the other is a low-intensity session that can be fueled by fat. High-intensity training really does need carbohydrates to get the most out of the session. Without carbohydrates fueling explosive movements, you simply can’t push as hard as needed in order to see real improvements, plus you actually cause your body to become less efficient at processing sugar when you eventually do fuel up during your event. In the sleep low strategy, you fuel up on carbohydrates before your evening high-intensity workout so that you can give your all. After this session wipes out your glycogen stores, you then go to bed without carbohydrates so that your body is forced to rely on stored body fat during your low-intensity morning workout.

In this particular study, both groups actually consumed the same amount of carbohydrates, but the sleep-low group ate all of theirs between their morning and afternoon sessions while the control group also had carbs after their second workout. Both groups completed a test triathlon to assess their fitness and then a second one three weeks later to determine the effectiveness of the training method. The sleep-low group had improved their running times on the 10-km segment by an average of 75 seconds while the control group showed no improvement. The sleep low athletes also lost about 3 pounds of body fat while the control group stayed the same. It may sound great, but this kind of intense training is not for the feint of heart. The sleep low group was complaining pretty consistently about evening hunger by the end of the three week session, but after seeing the results, they ultimately changed their normal training regimen to incorporate this new strategy. You don’t need to follow this exact protocol to see results, but incorporating some of the principles into your training can help you improve your times.

Some takeaways for your own training plans

This study used one type of diet and training strategy. You don’t need to follow it exactly to see results, but the study highlighted some principles that can help in your own training plans:

1. High-intensity interval training quickly improves long distance endurance. The researchers concluded the reason the sleep low group had such drastic improvements over the control group was because the extra fuel they received from fat mobilization allowed them to maintain their top effort longer during the high-intensity interval sessions. People assume the only way to get faster during long-distance training is to cover ever increasing distances, but pushing your aerobic and anaerobic capacity with speed sessions improves your metabolic systems in ways that steady state training does not. If you’re a veteran looking to improve your race times, consider adding speed sessions into your training mix to trigger different adaptations to your energy systems. The Time Goal Programs in our Jeff Galloway series incorporates a speed session each week just for this reason.

2. Fat can help power high-intensity training. As I mentioned above, the reason the sleep low group was able to work harder during their intense sessions was because they trained their bodies to also use body fat. They were still primarily using carbohydrates to fuel their workouts, but that little bit of extra fuel really helped them push their training up a notch. You can also teach your body to better metabolize fat without switching to a sleep low strategy. Fasted training once or twice a week can be just as effective without a glycogen-depleting workout the day before. You can also skip the evening carbohydrates to reduce glycogen stores further. Just make sure you do this before your easy days. Don’t do it on a speed training day, but you could try it on some of your shorter long-run days. Another way to improve your fat utilization is to replace the saturated fats in your diet with unsaturated fats. Your body is able to mobilize 50 percent more body fat during exercise when you primarily eat unsaturated fats. Eating unsaturated fat also improves your insulin sensitivity, so your body will become more efficient at delivering glucose into working muscles when you do fuel up on gels and sports drinks during your event.

3. Fasted training is not harmful. This is one of those myths that I still have to dispel quite frequently. Not only did this study show that it was not harmful to performance, but it was actually a big contributor to the test group’s improved race times, plus it helped reduce their body fat. Other studies have confirmed that it does not lead to muscle loss as many feared it would. Members in the sleep low group did consume a nightly protein shake to help repair damage during intense training and prevent muscle loss, so make sure you have a source of high-quality protein in your diet plan.

4. Calories-in versus calories-out is proven wrong again for fat loss. I’ve said many times before that a calorie is not a calorie when it comes to what you eat. Processed foods will effect your body far differently than whole fruits and vegetables. I’ve also pointed out that people get too focused on the amount of calories they burn during each workout when it comes to trying to lose body fat. This study showed that the timing of what you eat can also significantly effect results. The two groups ate the same amounts of calories, the same amounts of carbs, and worked out the same, but the timing of their consumed carbs resulted in the test group losing about 3 pounds of body fat over the 3 weeks of the study, while the control group lost none. As I’ve said before, fasted training improves your body’s fat usage so you will burn more fat during workouts, and it will also improve your insulin sensitivity so you’ll store less fat throughout the day. You do need glycogen to give your best during a high-intensity interval workout, but you can simply do those workouts on days (or times) when you aren’t fasting.