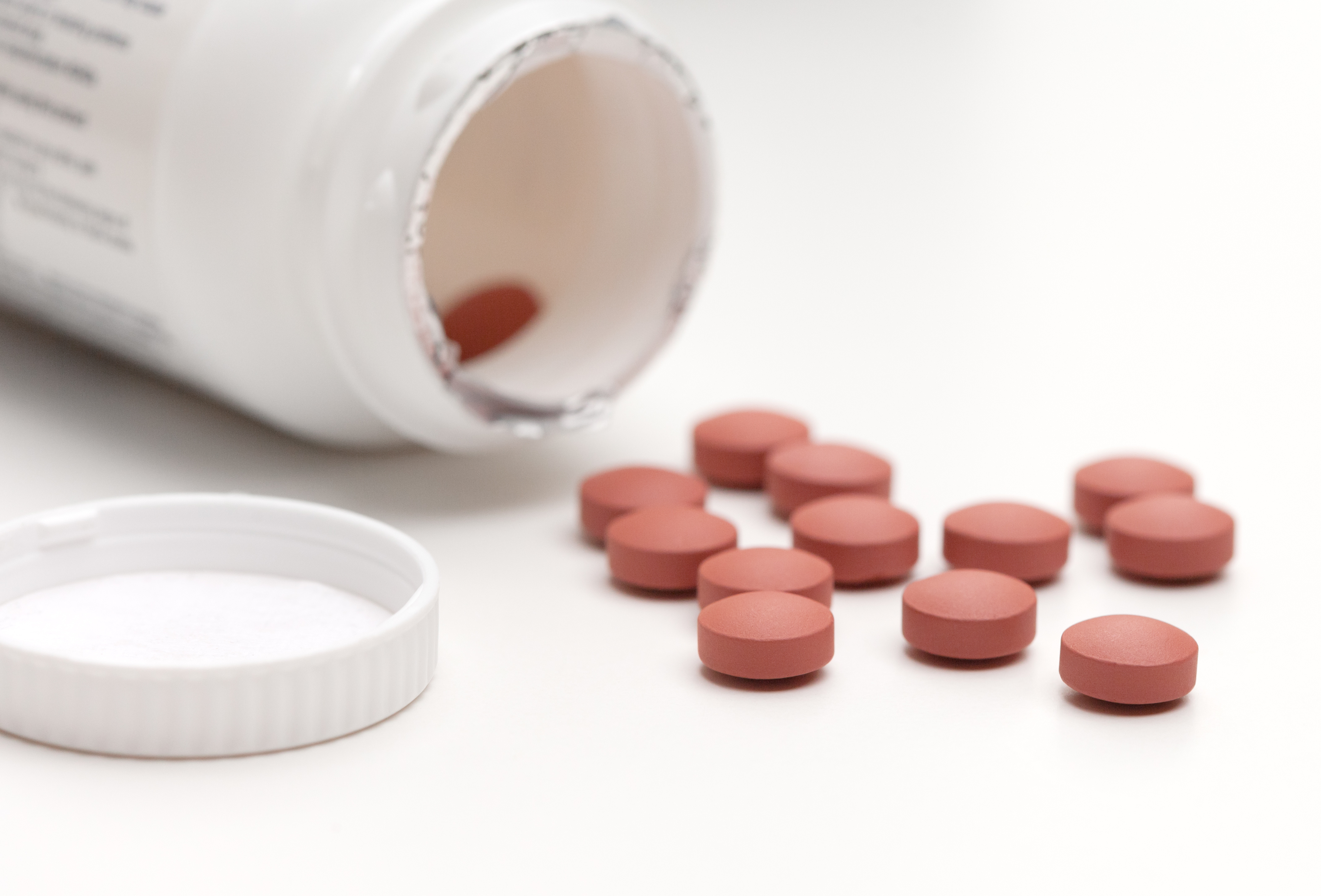 Exercise and activity provides a host of health benefits but it often comes with a side effect of post-workout pain. I know plenty of people that take NSAIDs like ibuprofen on a daily basis to soothe minor injuries or ease the pain of DOMS (delayed-onset muscle soreness) after a tough workout. Unfortunately, people don’t understand that just because something is over-the-counter doesn’t mean it’s side effect free. In 2005, the FDA warned that NSAIDs increased the risk of heart attack and strokes, and then in a rare move in 2015, they actually strengthened the warning as more and more evidence continued to mount.

Not all NSAIDs are the same. Aspirin is also an NSAID but that one in particular has been shown to lessen the risks of cardiovascular disease. The FDA warns that popular NSAIDS like ibuprofen (Motrin, Advil), naproxen (Aleve), Celecoxib (Celebrex), and diclofenac (Cataflam, Voltaren) have been shown to:

As an additional note, naproxen was previously viewed as a safer alternative but new evidence does not support this.

A lot more side effects than we thought

Digestion: NSAIDs are known to be hard on the upper GI tract (like the esophagus and stomach), but I don’t think people understand just how harmful it can be. NSAIDs are quite toxic to the cells of the digestive system and commonly cause issues like bleeding and ulcerations in the esophagus and stomach lining, plus it can also weaken the intestinal lining in both the large and small intestines increasing the dangers of LDL cholesterol and increasing the risks of developing nonalcoholic fatty liver disease.

Emotions and cognition: If that wasn’t reason enough to lay off the ibuprofen, a new article published in Policy Insights from the Behavioral and Brain Sciences reviewed previous research concerning the effect that NSAIDS and other pain relievers like acetaminophen have on emotions and cognition. They found that compared to placebo:

We take NSAIDs and acetaminophen to suppress the physiological responses that cause pain, but our thoughts and emotions are also a biological process that these medications seem to numb. While it may actually be a useful tool to assuage the emotional pains of life, using them chronically can have just as many emotional side effects as physical ones. As a bit of a subjective observation, we do seem to be living in a bit less empathetic time and perhaps the incredible popularity of NSAIDs is contributing to this phenomena more than we even realize.

Muscle building: I’ve seen different takes on this one over the years. In older athletes and less trained individuals, it doesn’t seem to hamper muscle growth much, especially in the short term. However, it does seem to limit the potential muscle growth that younger athletes can achieve by impairing the activity of satellite cells. A recent study of healthy 18 to 35 year old test subjects wanted to see if 1200 mg per day of ibuprofen suppressed strength and muscular development following an 8-week supervised leg extension program. The control group was given a low dose (75 mg) or aspirin each day. After 8 weeks, they found that the ibuprofen group developed half as much muscle mass as the aspirin group and experienced lesser strength gains compared to the control group. 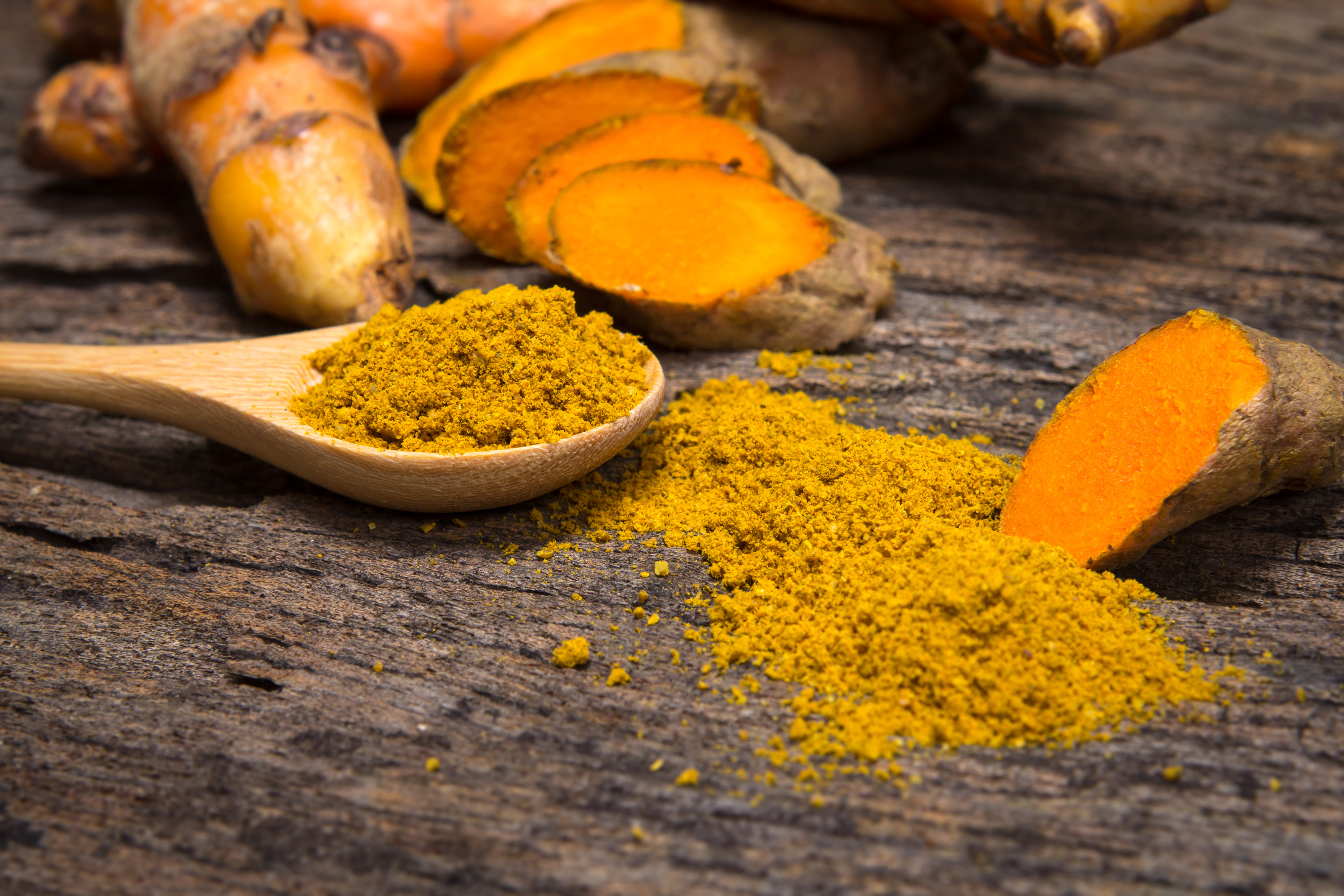 Aspirin still seems to be a safe and effective pain reliever, but if you wish to try one that not only relieves pain, but also protects and improves your health, I would recommend trying curcumin. There is a host of research on the pain relieving and anti-inflammatory effects of curcumin. This compound is extracted from turmeric root, a spice commonly used in curry. Since turmeric has been used as a natural anti-inflammatory for centuries, researchers wanted to study the compound that provides these effects.

A great deal of the research concerning pain relief seems to focus on the positive outcomes for people suffering from osteoarthritis. Long-term usage in most of these studies showed significant reductions in pain and symptoms, reduced inflammation, decreased levels of C-reactive protein (a marker of systematic inflammation), reduced progression of the disease, and increased mobility. These benefits came without the lengthy side effects from prolonged NSAID use. In fact, curcumin may even offer a protective role against cardiovascular disease and other diseases.

Unlike NSAIDs that come with a host of dangerous side effects, curcumin’s anti-inflammatory effects lead to a great deal of additional benefits.

Cancer protection: This excellent review analyzes the research concerning curcumin and various types of cancer. Even at high doses of up to 8 grams, it has been shown to be safe and effective in more than 65 clinical trials and an additional 35 on-going trials against various types of cancers including oral, lung, breast, prostate, pancreatic, colorectal, multiple myeloma and head and neck squamous cell carcinoma. Curcumin interferes with cancer cells at various stages of development and even triggers their cell death. This makes it useful preventively and as a treatment since it suppresses their initiation, progression, and metastasis.

Protection against diabetes: Another review focused on how curcumin protected against developing diabetes as well as lessened the dysfunction caused by the disease. Curcumin improves insulin resistance, reduces blood glucose levels and hyperlipidemia, prevents dysfunction and damage to pancreatic islet cells, lessens the likelihood of developing nonalcoholic fatty liver disease, protects again diabetic neuropathy and vascular disease, and in general can help prevent prediabetes from transitioning to full diabetes.

Weight loss: As I’ve said many times before, you need to get your body’s chemistry working for you instead of against you in order to lose weight. All the positive changes in blood chemistry mentioned in the section concerning diabetes protection above also applies to improved weight loss outcomes. Improved insulin sensitivity and blood sugar control helps weight loss and weight management. One study showed a significant increase in body fat reduction when subjects were given curcumin. Both test and control groups underwent a 30-day weight loss intervention and both groups only lost 1 percent body fat. They then underwent another 30-day intervention but one group also received curcumin. The curcumin group lost a total of 8.4 percent body fat while the control group finished the 60-day intervention with only a loss of 2.7 percent.

One of the biggest downsides of pure curcumin is that it’s difficult to absorb and quickly cleared from the body. While you can get about 3 percent curcumin from curry powder, the easiest way to get a dose large enough to be pain relieving is through a more bioavailable supplement known as meriva. This form binds about 20 percent curcumin to a phospholipid in order to improve absorption.

As I mentioned in the beginning, I know plenty of people that push their bodies hard to improve their fitness and extend their lifespans, and then immediately take ibuprofen. Most of the damage we take in our lives is invisible until it piles up into a serious condition. If you’re already going through all the effort of exercising, don’t undo all those positive adaptations with a handful of NSAIDs. The curcumin in meriva is safe to take every day as a dietary supplement. It also will work as a continuous pain reliever. We have no ties to Thorne Research and receive no incentives for recommending them. It’s just the one I take. Aspirin is fine as well, but if you’re looking to try another effective pain reliever that also protects against cancer and diabetes, give curcumin a try.