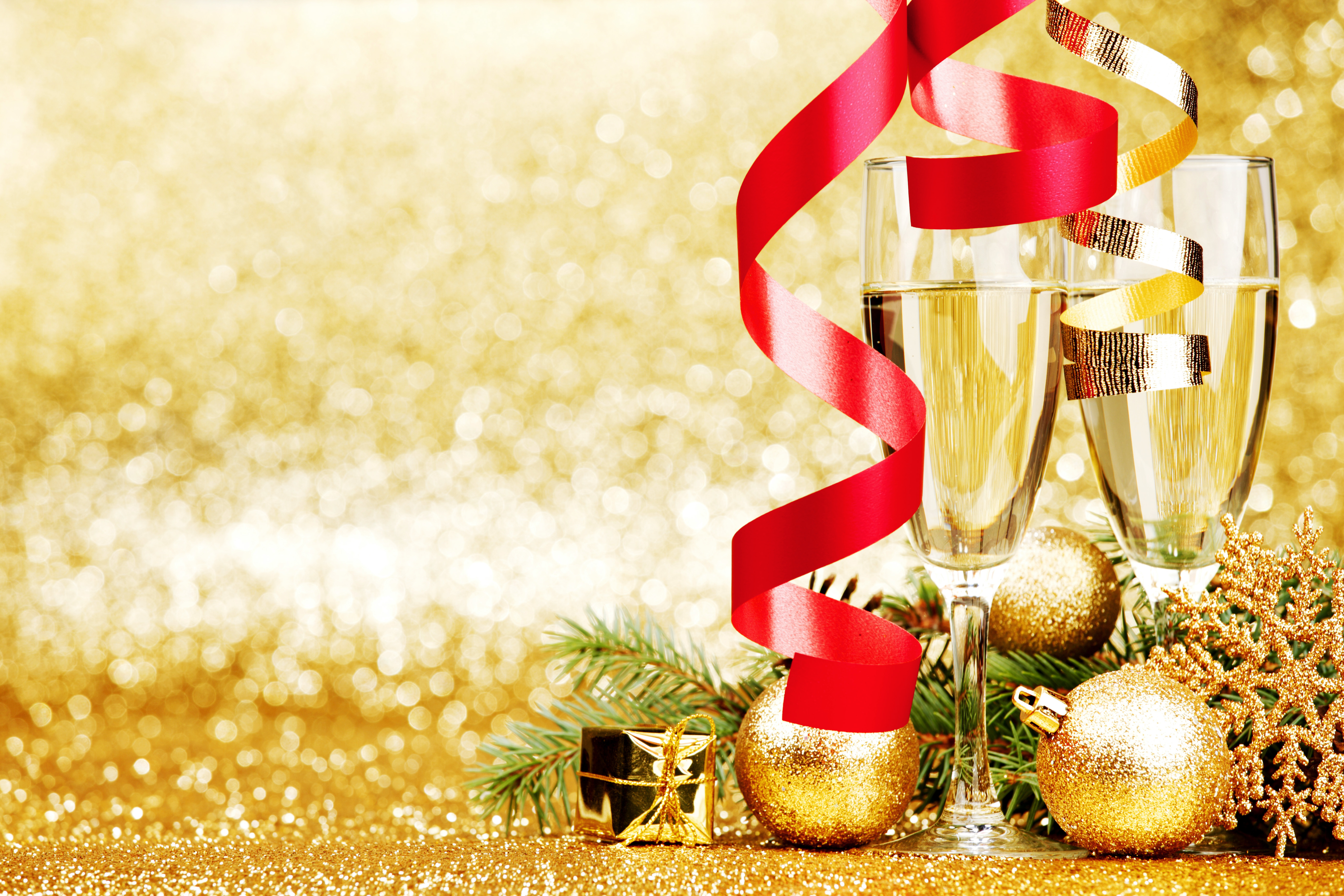 The holiday season has begun and with it a lot of festive parties filled with festive cocktails. It’s no surprise that alcohol is one of the big contributors to seasonal weight gain, but is the alcohol itself to blame or the foods you eat with it? I’ll go over how alcohol contributes to weight gain and give some advice on how to have a few drinks without putting on a few pounds.

People understand that alcoholic beverages are high in calories, but I don’t think most people realize that ethanol itself is pretty calorically dense. Alcohol contains about 7 calories per gram. By comparison, sugar and protein are 4 calories per gram and fat contains 9 calories per gram. However, like protein, there is a thermic effect of food with alcohol which means not all of those calories can be used and some of that energy is just lost as heat during processing. For protein, about 25 percent of the calories are not absorbed by the body and with alcohol, that number is about 20 percent. Still, 5.5 calories per gram can quickly add up with multiple drinks. However, while ethanol has a lot of calories, it is not processed or stored the same way as other nutrients.

We evolved enzymes that allow us to metabolize ethanol alcohol for fuel. In fact, our own digestive systems produce about 3 grams of ethanol each day through fermentation. If we couldn’t process the calories in alcohol, these byproducts from fermentation and other metabolic processes would slowly build up to toxic levels.

While our bodies can use the energy for fuel, they can’t store it very well. In other words, the process for metabolizing alcohol into body fat is not very efficient. One study found that only about 3 percent of alcohol can be converted into fatty acids.

So alcohol is high in calories but hard to store. How exactly does it contribute to weight gain? 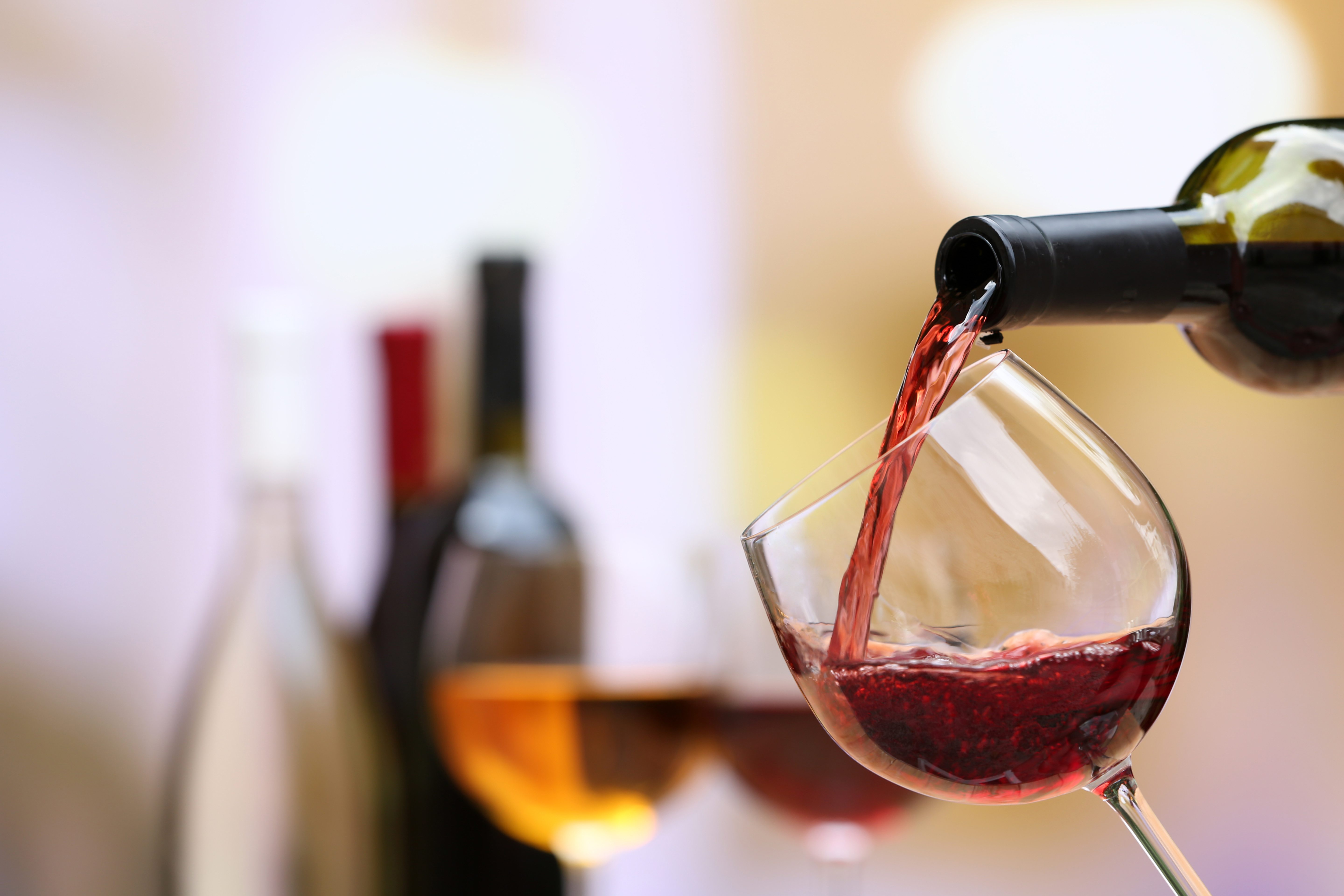 The other thing we all understand about alcohol is that ultimately it is poisonous. Because of this, your body prioritizes alcohol metabolism above all else to get rid of it as quickly as possible. This has two big effects on your typical metabolism. One effect is to grind fat burning to a halt. This makes sense since there’s no need to use easily storable fat as fuel when you have this calorie-dense substance floating around your system that will actually do harm if it stays too long.

This can be both good and bad. It’s good because lower blood sugar levels means your body is using less insulin. It’s one of the reasons why moderate drinking can actually improve insulin sensitivity (although heavy drinking will actually lead to insulin resistance). There are lots of theories concerning the protective effects of moderate alcohol consumption, and lowered blood sugar could be one of the reasons. The bad part about a blood sugar dip is that it can really spike your appetite. This is why studies have shown that people consume an average of 600 additional calories during their meals while drinking alcohol (which doesn’t even include the calories from the drinks themselves). Alcohol relaxes inhibitions, so combining increased hunger signals with reduced willpower generally leads to overeating. 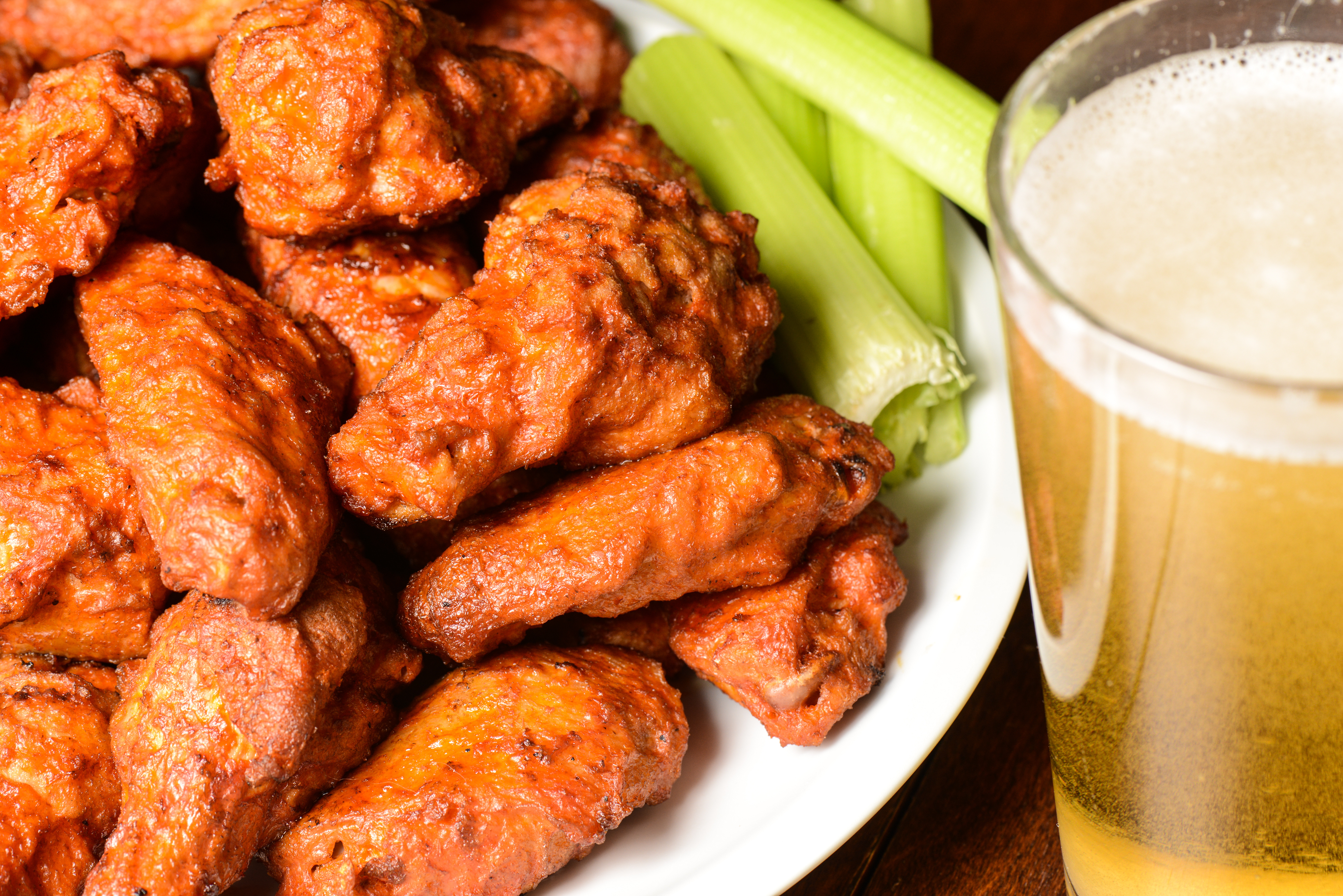 It’s not the alcohol, it’s what you’re having with it

Distilled spirits like vodka, rum, whiskey, gin, and tequila are completely carb free, but beer, mixed drinks, and to a lesser extent wine also contain additional carbohydrates. This will trigger your body to release insulin to deal with the additional blood sugar. Remember, the other side effect of insulin is that it tells your body to store any fat you eat and to not release any stored body fat for fuel. This combined with alcohol effectively turning off fat oxidation really turns you into a fat storing machine. Just like with sugar, it’s not the alcohol that leads to weight gain, but the foods and drinks that you consume with it.

You’re in storage mode, so avoid things that can be stored

Alcohol is eventually going to ramp up your hunger and lower your inhibitions, so instead of testing your willpower when it’s too late, focus early on foods that won’t impact your waistline, but will fill you up. Protein is always ideal, but make sure to pick lean sources like chicken, turkey, low fat cottage cheese, and yogurt. If you’re going to eat fattier protein sources, make sure they contain good fats like omega-3 fatty acids found in fish and nuts or CLA found in grass-fed beef. One benefit of healthier fats is that your body can more easily mobilize and burn them. Just because you stored those fats during a night of drinking doesn’t mean you’ll be stuck with them forever, if you focus on the right fats. And of course, whole fruits and vegetables are always a safe and filling choice when you’re in storage mode. As I’ve said many times before, they are basically free calories and there is nothing for your fat-storing body to store. 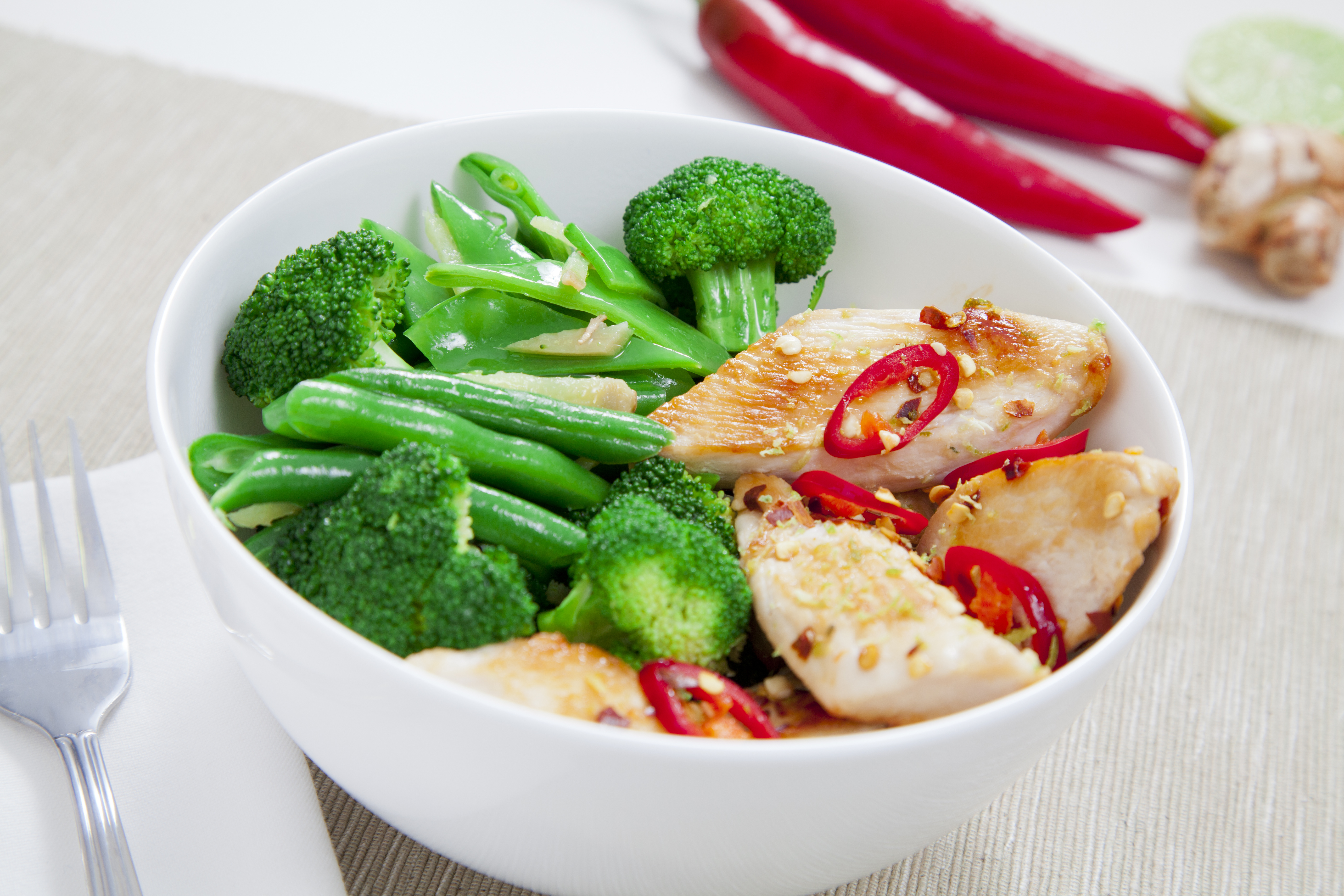 When it comes to the drinks themselves, some are going to cause more fat storage than others. As I mentioned above, ethanol suppresses fat burning, but it does not encourage fat storage. It’s the sugar in the drinks that actually triggers fat storage. Generally, the drinks that are the best at hiding the taste of alcohol (like margaritas, mudslides, pina coladas, Long Island iced tea, etc.) contain up around 600 to 700 calories, a large portion of which comes from extra sugar. If you want to keep the fat storing side effects low, keep the sugar low. Distilled spirits have no additional carbs so have them on ice or mix them with sugar-free mixers like Diet Coke. Drier wines are also pretty low in carbohydrates. The sweeter the wines get, the more sugar they have. I personally enjoy beer, but the high carb count and lower alcohol content means that beer drinkers tend to get quite a few carbs throughout the night from multiple servings.

Keep it moderate and undo the damage before and after

Moderate drinking is considered one or two drinks a day, but for those who enjoy more than that during a get-together, another way to think of moderate intake is to try and limit it to one day of drinking a week. You can also limit the impact of that holiday party by exercising that morning on an empty stomach. As I’ve mentioned before, it will not only burn more fat during your workout, but it will improve your insulin sensitivity throughout the day, making you less likely to store what you eat as body fat. Another morning workout the next day is an excellent way to burn off any fat you may have consumed. You may not feel like it and I haven’t found any studies to confirm it, but I personally feel much better after sweating out the hangover with a morning workout.