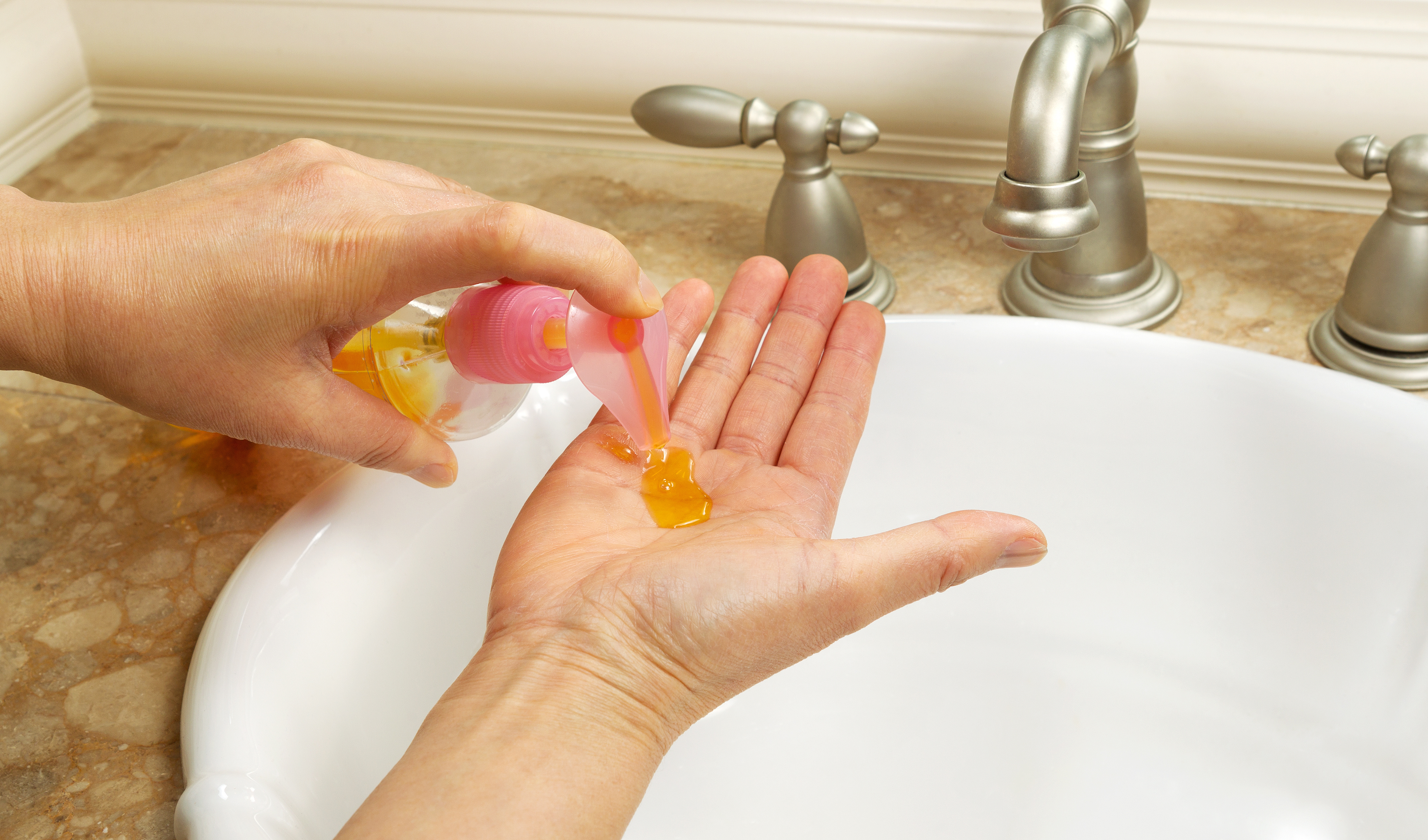 Earlier this month, the FDA officially banned the use of antibacterial soaps because after three years reviewing the evidence, they concluded the active ingredient triclosan (and the related triclocarban) “does more harm than good.” I thought this was old news by now, but I saw some antibacterial soap sitting at a friend’s house, so I figured I should probably help spread the word.

We’ve been told that antibacterial soap kills 99.9 percent of germs, far more than regular soap. While that sounds great, and it’s true that it kills more germs than soap, there are a few minor caveats:

I understand the desire to kill the vile trespassers sticking to your hands, but you don’t need to kill germs in order to be rid of them. The point of soap is to act as a bridge between oil and water. Normally these two won’t mix so the oil on your hands and the fatty membranes of bacterial cells can’t simply be washed away by water alone. However, throw a little soap into the mix, scrub your hands together for 20 seconds or so, and those oils and germs are scraped off of your hands and whisked down the drain. Whether dead or evicted from your hands, the effect is the same, which is why studies have found that antibacterial soaps are no more effective than plain old soap when it comes to removing germs.

But at least antibacterials hurt you

If triclosan was equally as effective as soap but offered no other side effects, the FDA would have let it be, but that surely isn’t the case. Triclosan has been shown to disrupt the endocrine system which means it interferes with normal hormone function. Specifically it disturbs thyroid, testosterone, and estrogen regulation which can negatively impact normal development during puberty, disrupt reproductive functions and trigger obesity. As I mentioned in the microbiome article, persistent low-level exposures to antibiotic agents can cause all kinds of autoimmune disorders like asthma and allergies and indeed triclosan has been shown to increase allergic sensitivity in children. These side effects should be enough of a reason to ditch antibacterial products, but the major reason why they were banned is below.

Doctors and scientists have know for decades that overuse of antibiotics leads to untreatable superbugs, and yet we are still rapidly speeding towards the post-antibiotic era. The continued practices of incorrectly prescribing antibiotics for illnesses where they don’t work, using antibiotics to grow fatter livestock, and introducing personal care products laced with triclosan into our air and water supply is steadily bringing back the time when the number one killer was infections. We all look back and see that for the majority of human history, the average lifespan was only 40, but now it’s up to 78. We don’t live twice as long now because we eat better, exercise, and take vitamins, we live longer because we can fight off dangerous pathogens with antibiotics. Losing those will be life changing. An article in Wired listed some of the additional medical treatments that will no longer be possible because the accompanying infections would make these formerly lifesaving procedures completely lethal:

Plus all the major killers that we don’t even think about anymore would be back:

It’s still in lots of things

The FDA gave manufacturers a year to remove the ingredient from their products, so in the meantime triclosan is still ubiquitous. It’s not only in many soaps, but toothpastes, cosmetics, deodorants and more. You can find a list of many of these products here. There’s no need to wait for the FDA ban to take effect, go throw them out now.

We really do have a duty to our family, friends, and neighbors to do what we can to slow the rise of antibiotic resistant bugs. The simplest thing you can do is throw out these items now and replace them with products that are ironically probably cheaper and more effective. Having mild antibiotics in your house does not make your family more safe, it makes them less safe. These products don’t sterilize anything, but they do successfully introduce resistant pathogens into your home. Throw them out and stick with the soap, it works.