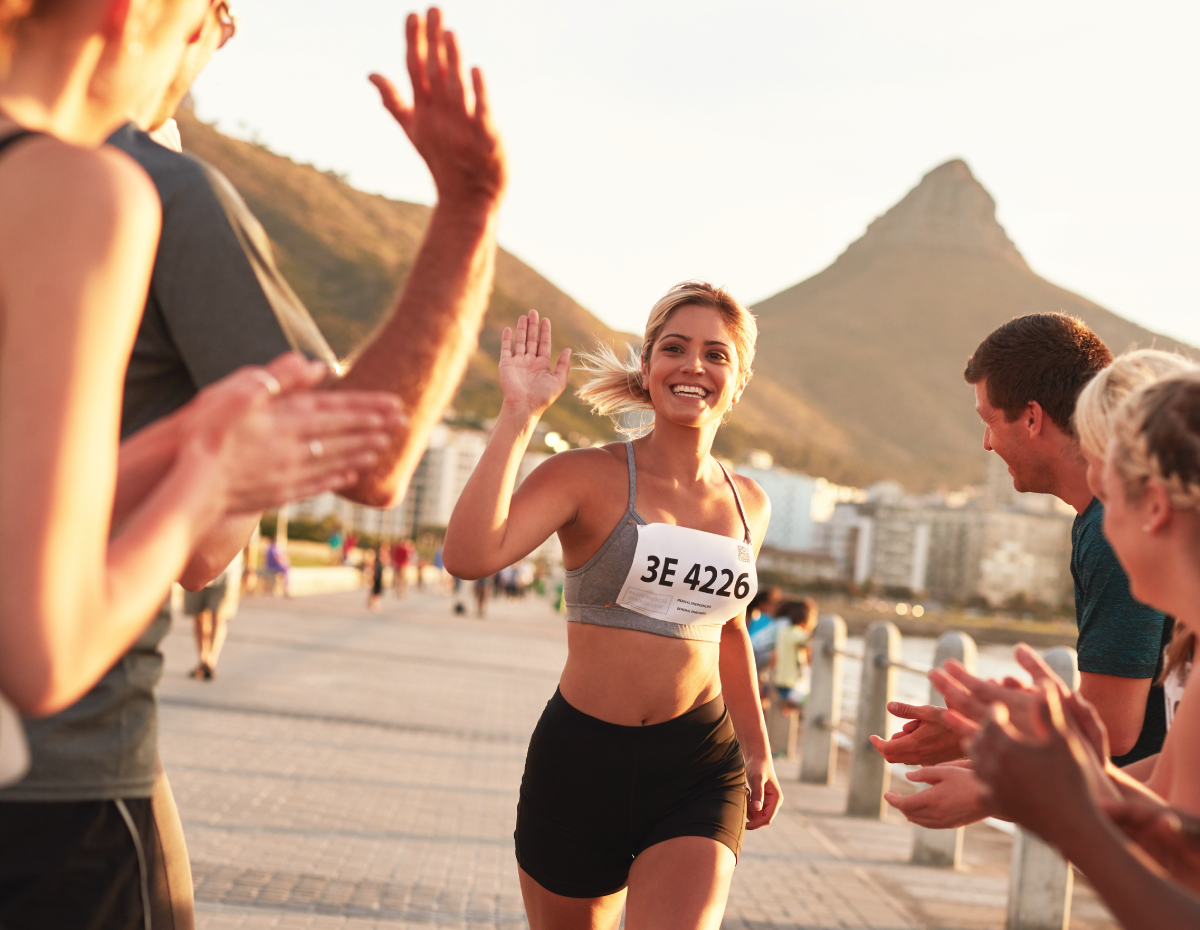 I’ve previously written about how time-restricted eating works with your body’s natural circadian rhythms to control your weight, improve insulin sensitivity, reduce inflammation, prevent diseases like diabetes and cancer, and extend your overall longevity. For those not interested in health and weight control (which is fine, I was once young and invincible too), I also plan to explain how time-restricted eating improves endurance and increases overall muscle mass.

Not all fasts are equal

A recent study concluded that intermittent fasting shows no benefits over traditional dieting. Since people have been forwarding me a lot of articles based off that study, I wanted to quickly address their conclusion first.

I’m not surprised the study didn’t show any difference because they missed the point on why intermittent fasting or time-restricted eating works in the first place. Humans are diurnal, which means we’re active during the day and asleep at night. To regulate this active / recharge cycle, your body relies on circadian rhythms to manage biological functions like cellular repair and hormone signaling. Certain functions like metabolism simply work better during the day than at night.

Most people have heard of melatonin. It’s one of the hormones your body uses to maintain it’s circadian rhythms on the sleep side of the equation. It’s also been shown to inhibit the release of insulin which means you are less able to process consumed sugar at night. In addition, your muscle cells are also on a circadian clock and they become less insulin sensitive at night. Not only do you make less insulin but your body stops listening to it so all the sugar you consume simply sits in your bloodstream causing damage. This has big impacts on your health and weight, but it also teaches your body to become less efficient at utilizing energy (which reduces endurance).

Since the above study doesn’t take time into account, they just conclude the point of intermittent fasting is to trick you into consuming less calories. Their results demonstrated that the normal diet group and the alternating-day fasting group (25 percent of energy needs on fast days; 125 percent of energy needs on alternating “feast days”) had similar results in weight loss and blood profile, so they assumed this “trick” worked just as well as a normal daily-restricted diet. Some minor details I found left out of most of the articles sent me was that the intermittent fasting group had a significantly higher drop out rate and a pretty low compliance rate. The researchers stated “participants in the alternate-day fasting group ate more than prescribed on fast days, and less than prescribed on feast days.” It seems like this fasting strategy was so unpleasant that people either quickly gave up or didn’t really stick to the plan at all (and that’s just based on what they admitted to the researchers).

As I mentioned previously in the time-restricted eating article, the reason it works has nothing to do with calorie-restriction or even food quality. It works because you only eat when your body is chemically ready to process it properly. Like with everything, a proper well-balanced diet will lead to even greater results, but I wanted to emphasize, that time-restricted diets can improve your health and weight regardless of calorie totals or diet quality.

Dr. Satchidananda Panda from the Salk Institute for Biological Studies in San Diego has been studying the effects of circadian rhythms on metabolism, gene expression and the immune system. My review in this article focuses on two mouse studies you can read about here and here and a human study you can find here. I’ll quickly summarize the studies first and then the results below that: 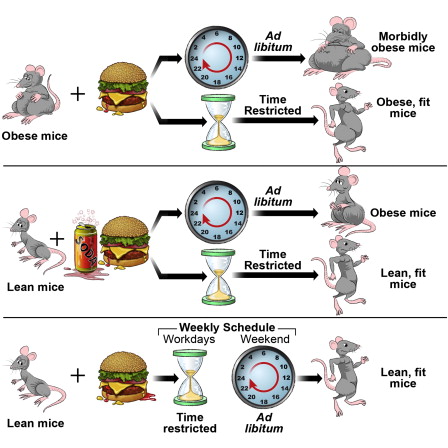 I’ll get into some additional interesting findings below but in general, every participant (human or mouse) on a time-restricted eating schedule either lost weight or was protected from weight gain (or both) regardless of diet quality or calorie totals. Additional findings:

The above results were independent of diet quality. In fact, the point of many of the test groups was to show the benefits of time-restriction when the diet was especially poor. Improved diet-quality in the second study led to additional fitness benefits in the mouse groups such as:

Time-restricted eating works with your body’s natural internal clock to improve your utilization of energy. In addition, damage from reactive oxidative species is only repaired in a fasted state. Improving recovery and the efficiency of energy usage will quickly improve your overall fitness. Just as I mentioned how fasted-training turns on fat-burning genes, time-restricted eating also influences positive gene expression. It could actually be another reason why the sleep low training strategy improves race times so significantly. The early morning workout pushes back the feeding window (as you’ll see below) which makes it similar to a time-restricted plan.

The clock starts when you consume anything

One of the things people don’t seem to understand is that your circadian clock is not set in stone. It responds to external stimuli like light and activity to make slight shifts that will better help match you to your environment. This is why exercise helps stabilize circadian rhythms and improve sleep quality and why too much artifical light at night interferes with your internal clock and disturbs sleep patterns.

Since one of the important functions of circadian rhythms is to regulate metabolism, it’s not surprising that when you eat also helps set your internal clock. When deciding what time-restriction to adopt for your own habits, realize that the clock starts as soon as you consume anything more than water. Even black coffee counts because it activates the clock in your liver to metabolize the caffeine. Anything that needs to be metabolized starts the clock, even if it doesn’t contribute any calories. This is the ultimate example of my advice to get your body’s chemistry working for you instead of against you. Studies have found time-restricted eating to be an easy yet surprisingly effective strategy to improve your health, prevent weight gain and contribute to weight loss. It also improves your sleep quality, daily energy levels, muscle mass, and even your aerobic fitness if you combine time-restricted eating with a proper diet.