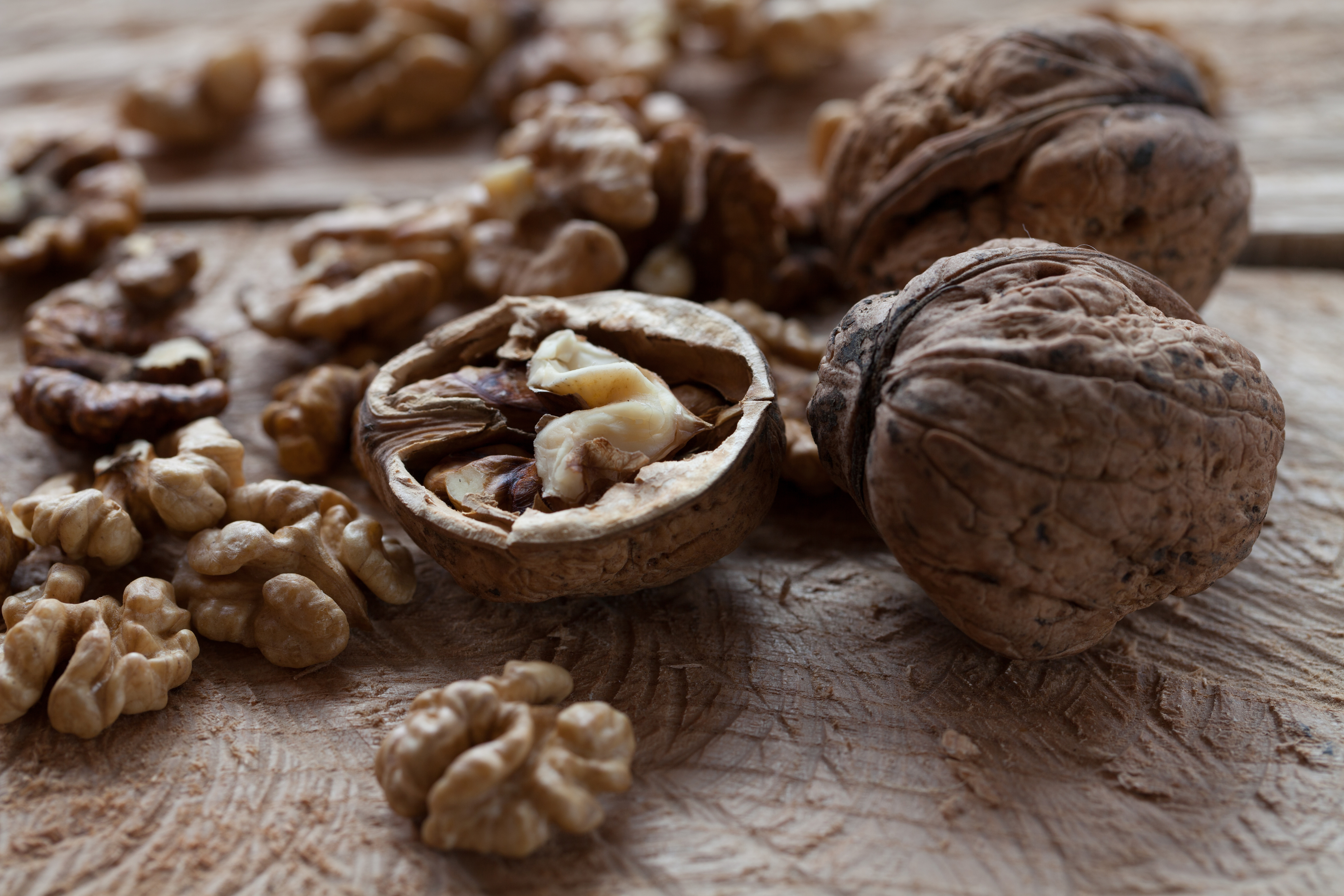 Every now and then I come across a study (or two) that makes me change my general recommendations. They’re often small studies and a bit ahead of their time, but when previous research supports the new findings, I like to pass the information along to help out our readers. In this case, it’s making me change my advice from walnuts are a healthy option that can help with weight loss to walnuts are a highly nutritious food that improves overall health and controls appetite.

Walnuts and almonds are two nuts in particular that I and many others routinely recommend to help with weight loss. They provide a mixture of protein, fiber, and healthy fat that satisfies hunger and reduces appetite. They also contain important micronutrients and compounds that improve your daily health and reduce disease risks.

Walnuts in particular are one of the only nuts loaded with beneficial omega-3 fatty acids and powerful antioxidants know as polyphenols which is why studies have shown that walnuts reduce cardiovascular disease risks, slowed prostate cancer growth, and improved brain health. Two new studies on walnuts demonstrate how they improve the gut microbiome and reduce appetite.

I’ve written many times about the importance of a healthy microbiome. We’re only just starting to scratch the surface of the intricate interplay between the various bacteria colonies in our microbiome, but one thing we’re very clear on is that reduced diversity of bacteria species (dysbiosis) results in a host of problems such as rheumatoid arthritis, irritable bowel syndrome, celiac disease, autism, depression, anxiety, and obesity. Food allergies are also caused by an imbalance in the microbiome, and our continued overuse of antibiotics could be why nearly 52 percent of American adults with a reported food allergy developed one or more food allergies after age 18. Another study demonstrated how antibiotics disrupt the microbiome and reduces the ability of neutrophil white blood cells to properly protect against serious infections.

The new study out of LSU Health New Orleans School of Medicine found that adding walnuts to your diet increases the diversity of beneficial bacteria like lactobacillus. This strain has long been used as a probiotic so the fact walnuts increases their presence and function shows this nut is an excellent prebiotic source. A properly functioning microbiome offers numerous health benefits, but in the context of this article, dysbiosis is associated with obesity so improving your gut health will combat it.

The more interesting study out of the Beth Israel Deaconess Medical Center shows that adding walnuts to your diet activates the right insula region of the brain (involved in appetite and impulse control) and limits your reaction to desirable foods. In the study, researchers fed obese patients a smoothie containing 48 grams of walnuts (about 14 walnut halves or 315 calories) or a placebo smoothie that was identical in taste and calories during a 5-day inpatient trial. After a month back on their own with their regular diets, the groups returned again for another 5-day trial but this time the placebo and test groups switched. On the last day of each trial, both groups took functional MRI brain scans while viewing images of desirable foods like cakes and hamburgers, undesirable foods like vegetables, and neutral images like flowers and trees. When both groups had their turn with walnuts in their smoothies, the right insula region lit up showing that participants had more cognitive control of their decisions. They were more attentive to their food choices and better able to make healthier decisions. Both groups also reported they felt less hungry throughout the week and more full when they had walnuts in their smoothies.

A great choice no matter what

These two studies further demonstrate why walnuts should be a part of your healthy diet. The appetite control study was small and more research is needed, but it objectively identifies a mechanism that improves appetite control and helps you preferentially chose healthier options. The researchers plan to test different doses to see if more control is attainable or if it plateaus, but either way, there is plenty of evidence supporting the health benefits of walnuts. Some people are initially swayed by the high fat content, but it’s fat that reduces inflammation and powers your brain. This study also exemplifies that it may be a hundred or so extra calories in one snack, but it will help reduce your overall calories throughout the rest of your day.