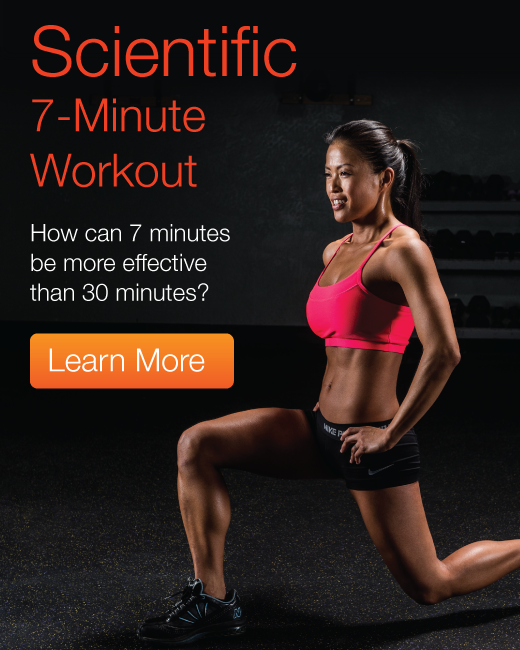 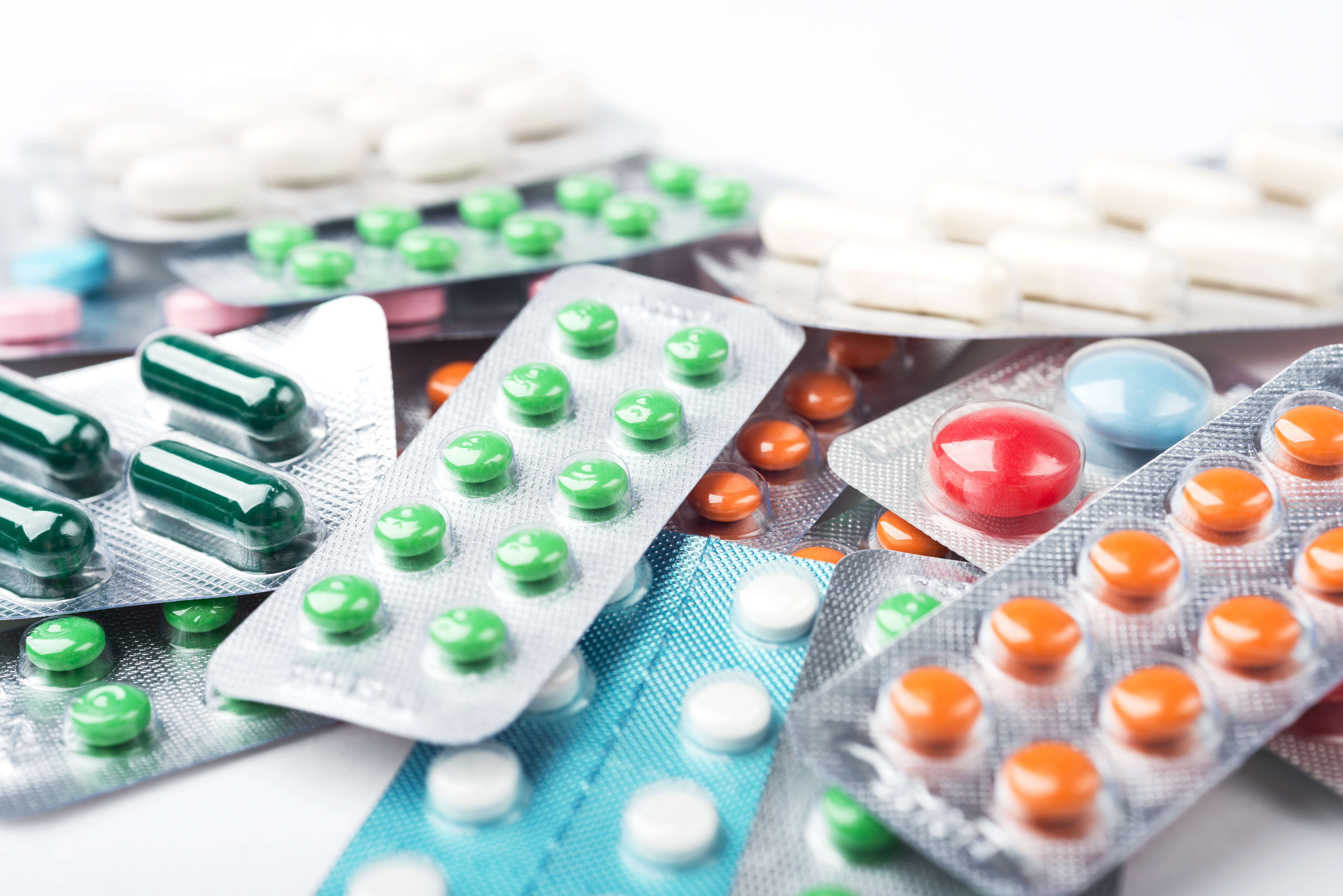 For quite a long time, we thought that antibiotics were a consequence-free way to treat illnesses and infections. Even though doctors knew it wouldn’t help with viral infections, they figured it may help prevent any opportunistic secondary infections from popping up alongside the main illness. Patients also demanded some sort of prescription “fix” for their symptoms (or their children’s symptoms) even when their physicians told them it wouldn’t work. Since everyone believed antibiotics had no downside, they simply relented since “what’s the harm?”

We’re now dealing with the harm. Rampant use of unnecessary antibiotics in people and constant low-dose administration to livestock has led to a frightening rise in antibiotic resistant infections. As of three years ago, 23,000 people died each year from antibiotic-resistant infections and that number is projected to reach 10 million a year by 2050.

We’ve also learned that antibiotic usage was never consequence-free. As we discover more and more about the good bacteria in our body that make up our microbiome, we’re realizing that killing them off with antibiotics causes lasting harm to our immune system and it even effects our brains and nervous systems. This has led to a rise in chronic autoimmune diseases like type 1 diabetes, muscular dystrophy, rheumatoid arthritis, multiple sclerosis, irritable bowel syndrome, Crohn’s disease, food allergies, and celiac disease. An imbalanced microbiome (called dysbiosis) has also been shown to contribute to certain types of cancer, obesity, autism, depression, anxiety, bipolar disorder, and eating disorders.

Unfortunately, the importance of the microbiome is not being widely taught yet, so people continue to wreak havoc on this important “secret organ” with unnecessary antibiotic use. A new study surveyed 400 adults and found that 74 percent of respondents kept left-over antibiotics from a previous prescription (not finishing a prescription is also a great way to breed resistant bacteria) so they could use them later to self-treat conditions like a sore throat, runny nose, or cough (which generally aren’t helped by antibiotics anyway).

As I mentioned in the Germs that make you healthy article, a single dose of antibiotics has been shown to kill off as much as one third of the good bacteria in your large intestines, and it can take up to a year to recover the proper balance of bacteria (some of which never comes back at all). They also found through genetic testing that many of the remaining bacterial species (both good and bad) become antibiotic-resistant after a single dose. 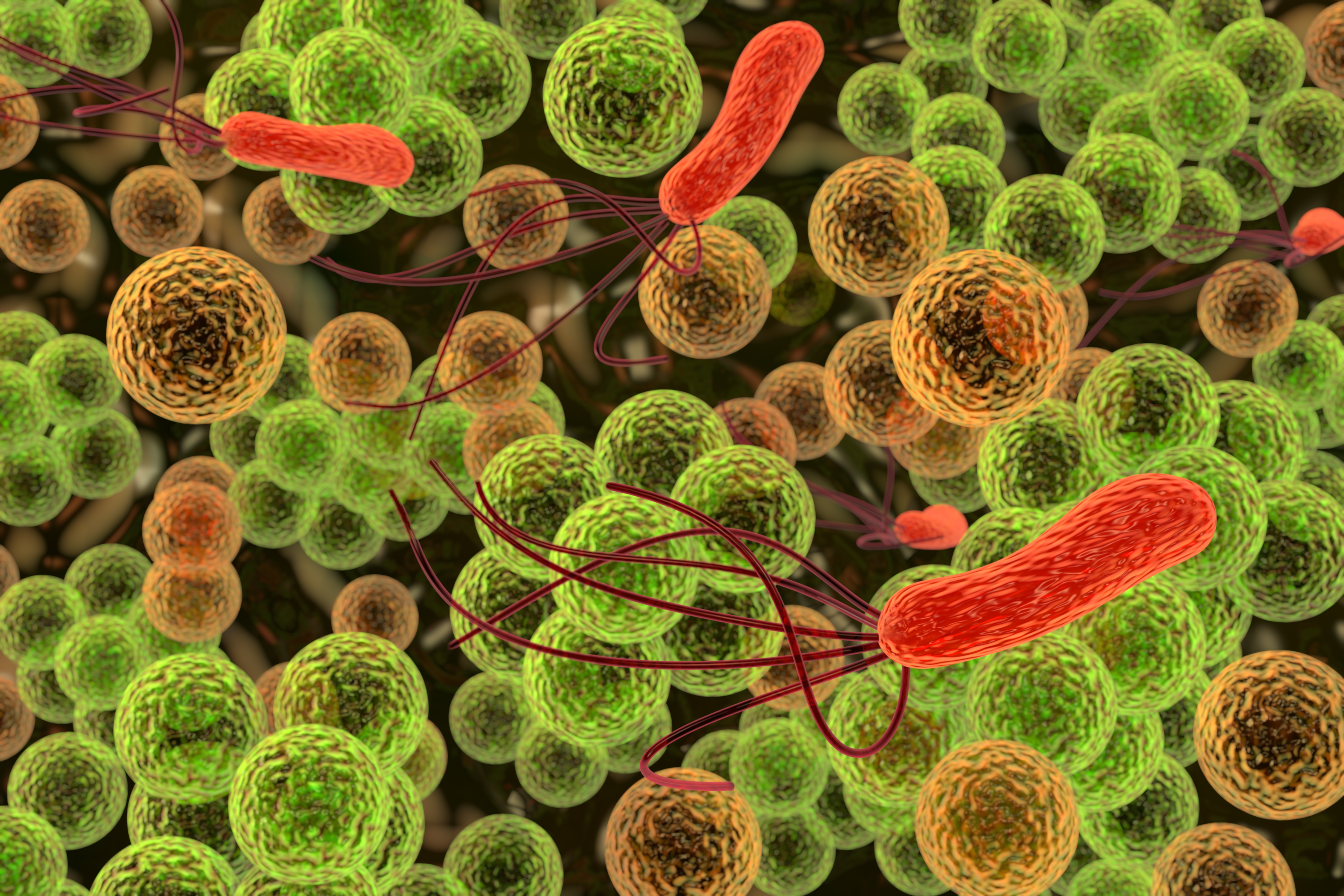 Diarrhea is a common side effect after taking a course of antibiotics, but sometimes it can keep accelerating into a much more damaging condition like colitis (inflammation of the colon). It’s a common side effect we’ve know about for a while, but we’re just know beginning to understand why it happens and what role our good bacteria had in protecting us from harmful pathogens. Like I said in the previous microbiome article, the good bacteria in our gut protect us because they’re selfish. They consume the available nutrition and release endotoxins to kill off competition so they can flourish, but when we kill them off with antibiotics, one of the first lines of defense in the immune system is removed.

Separate studies found two mechanisms that explain why Salmonella flourishes in our bodies after a dose of antibiotics. One study, found that antibiotics tended to reduce populations of bacteria that breakdown fiber into butyrate, a short chain fatty acid metabolized by the cells in your colon. As the food for your colon’s cells become scarce, metabolism decreases and excess oxygen (no longer used up during metabolism) increases. Most of the good bacteria in your gut are anaerobic so they don’t need oxygen at all, but Salmonella does. As the good bacteria die off, your colon cells starve and possibly start devouring themselves, and the environment grows more hospitable for harmful pathogens like Salmonella. Another study found that antibiotic use led to the increased production of an enzyme that generates nitric oxide radicals. These radicals then oxidize sugars like galactose into the sugar acid galactarate, which then directly feeds Salmonella colonies. Antibiotics not only give Salmonella the oxygen they need to breath, but they cause the body to help make the food they prefer to eat.

One of the things I found most surprising when I first started researching the microbiome was seeing just how interconnected the bacteria in the gut are with the brain and nervous system, known as the gut-brain axis. The bacteria in your gut want to keep their home (you) happy and healthy so that you go out and get them more food and interact with new host environments (other people) so they can keep proliferating. This happens through various pathways, but one way is by releasing neurotransmitters like serotonin and dopamine that can influence mood and reduce feelings of anxiety and depression.

New research found that antibiotics can disrupt the complicated signaling between the gut, brain, and immune system, which can actually halt neurogenesis (growth of new brain cells) in the hippocampus. This can negatively impact memory and cognitive ability. Fortunately, they also determined that the effects were easily reversed and neurogenesis restored with probiotics and exercise. 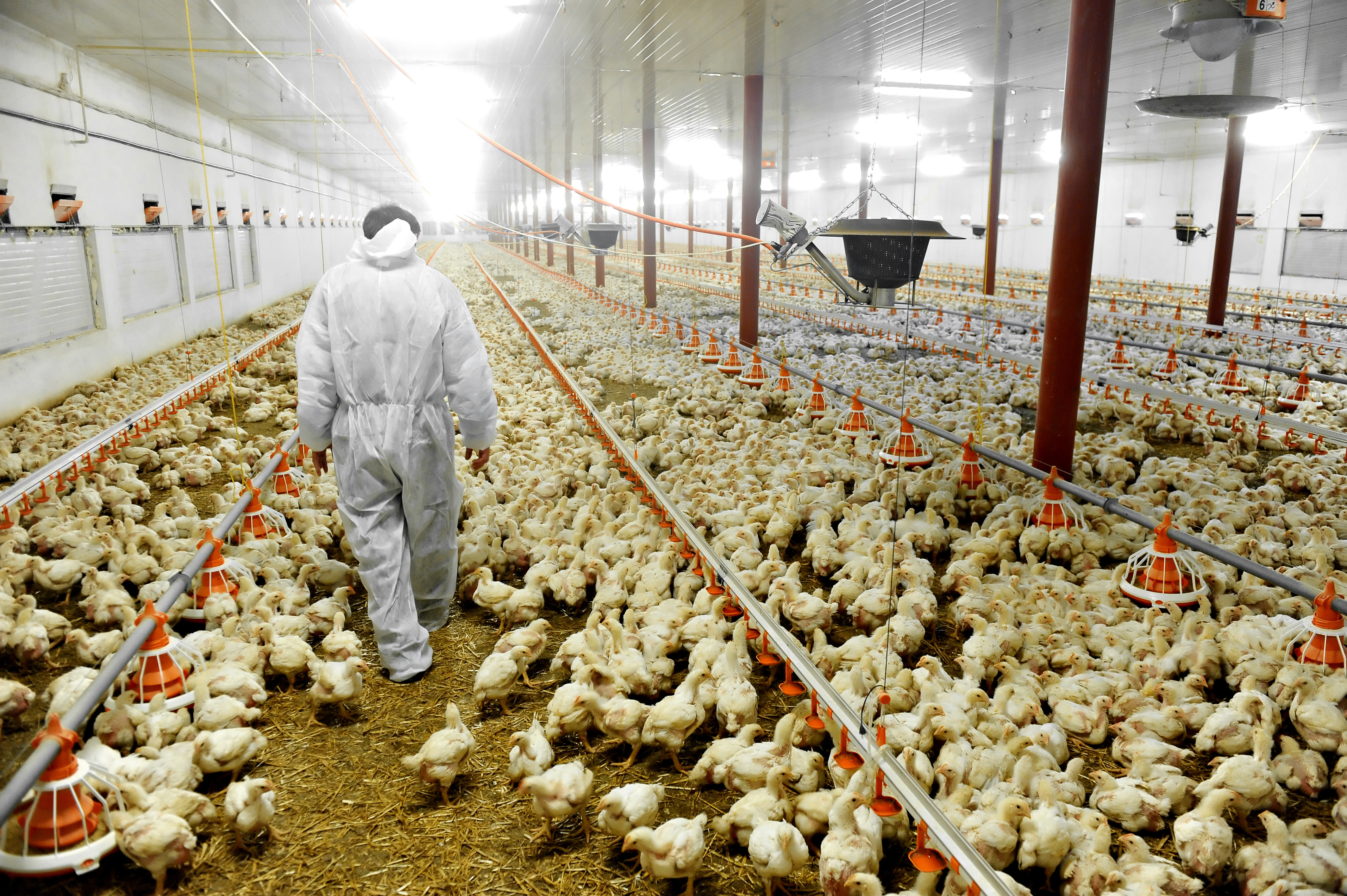 We have long known that antibiotics contribute to weight gain, in fact, that’s one of the bonus side effects of continuously giving livestock antibiotics, they grow larger, faster. One review not only showed this same growth could be seen in humans after undergoing treatment with antibiotics, but they also surmised that the growing use of antibiotics in farming over the past 20 years and the growing incidences of obesity in that same timeframe were related. They theorize residual exposure from all these antibiotics in our food may in part be responsible for rising obesity rates.

A new study actually shows how an altered gut microbiome contributes to obesity. As I mentioned above, the bacteria in the gut produces short chain fatty acids that certain cells then use for fuel. They can also act as a signaling molecule. Acetate is the fatty acid found more commonly in animals that consume a high-fat diet. Unlike butyrate and many other short chain fatty acids, the researchers found that acetate stimulated the beta cells in your pancreas to release increased amounts of insulin in the presences of glucose. Too much insulin causes all kinds of problems like increased fat storage, increased cancer risk, and it leads to insulin resistance and metabolic disease. Acetate also triggered the release of the hormones gastrin and ghrelin, which stimulate hunger. So you’ll not only eat more, but you’ll store more of it as fat.

Another review of 25 different studies offers some hope. They found that consuming probiotics did seem to result in weight loss and a reduction in BMI. They also concluded that people who consumed a wide variety of probiotics, were overweight, or took them for at least 8 weeks had the best results. 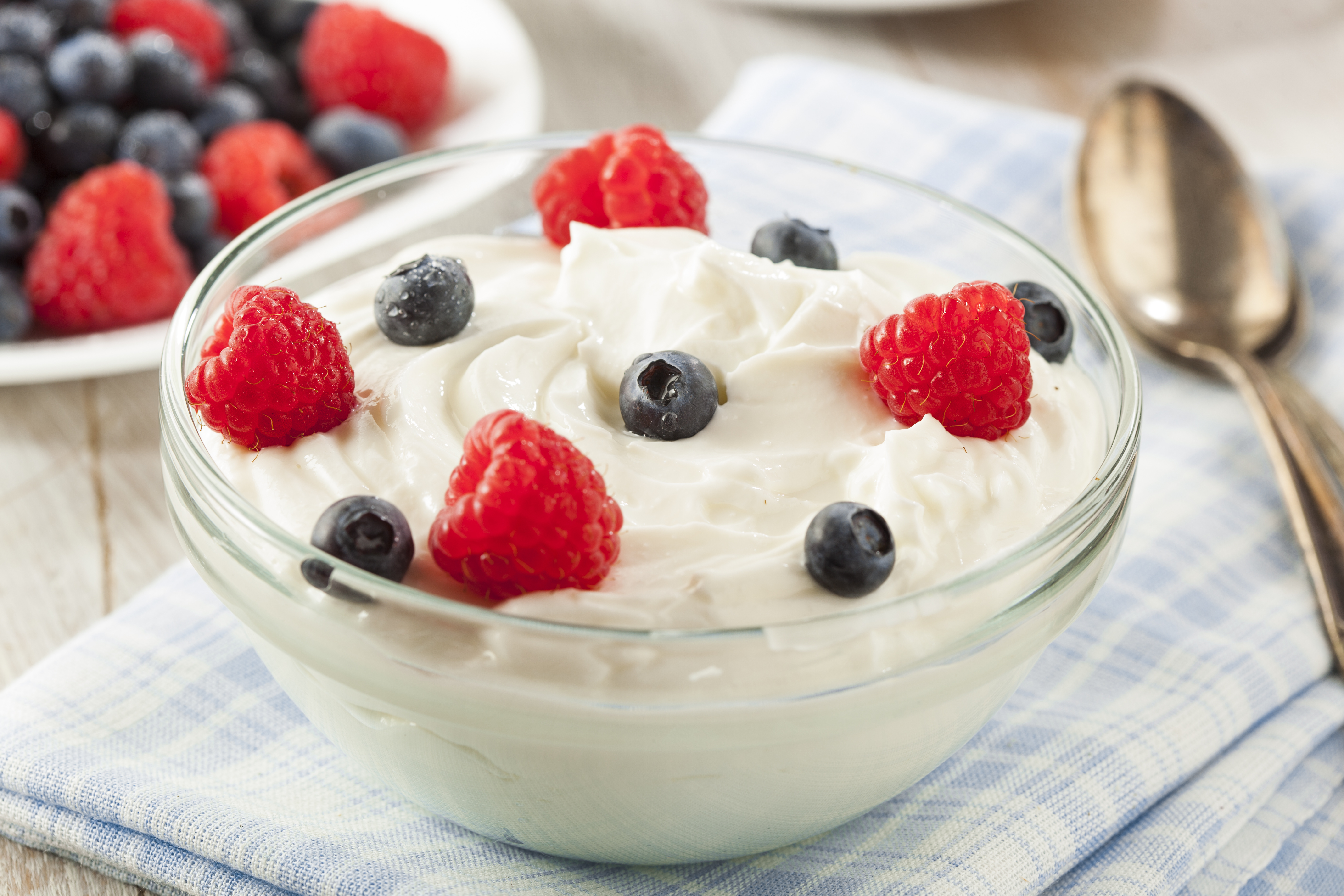 While the main point of this article was to discourage people from harming themselves by misusing antibiotics, I also wanted to encourage people to add probiotics to their diet. All the side effects listed above were shown to be reversed or prevented with probiotics. Prebiotics like those found in leafy green vegetables are important to keep your good bacteria healthy and feeding your body the metabolites it needs, but if you don’t have those colonies to begin with, prebiotics aren’t going to help much.

We know that probiotics help strengthen your immune system and prevent harmful organisms from establishing themselves in your body, but as our understanding of the microbiome grows, we’re finding all kinds of additional benefits. An interesting new study was trying to figure out why breast feeding seemed to reduce the risks of developing breast cancer. They thought perhaps the good bacteria present from lactation helped. To test this assumption, they first needed to determine the types of bacteria found in cancerous versus healthy breast tissue. They found that the common probiotic lactobacillus was high in healthy breast tissue and low in cancerous tissue. The researchers pointed out that their colleagues in Spain discovered that lactation was not required to increase the amount of this good bacteria in mammary tissue, and that consumed probiotic lactobacilli also reached the breast tissue. There aren’t any studies yet that examine if probiotics can protect against breast cancer, but unlike with antibiotics, for this one I do say what’s the harm?

We’ve known for decades (sometimes centuries) the healthy benefits from prebiotic foods like leafy greens and probiotic foods like yogurt, sauerkraut, and kimchi, but as we gain more and more knowledge about the microbiome, we’re finally beginning to understand why they help. This isn’t some new fad you should be wary of. My previous advice from the microbiome article and how to structure your diet still stands. A healthy mixture of foods will provide the macronutrients, micronutrients, and healthy bacteria you’ll need to optimize your health, manage your weight, and prevent chronic conditions from ever forming. We have this belief that we’re doomed by our genetics or by environmental factors beyond our control, but routine exercise and proper nutrition is a big determinant of what genes get activated and how your body will respond to protect itself from the stressors in our environment.