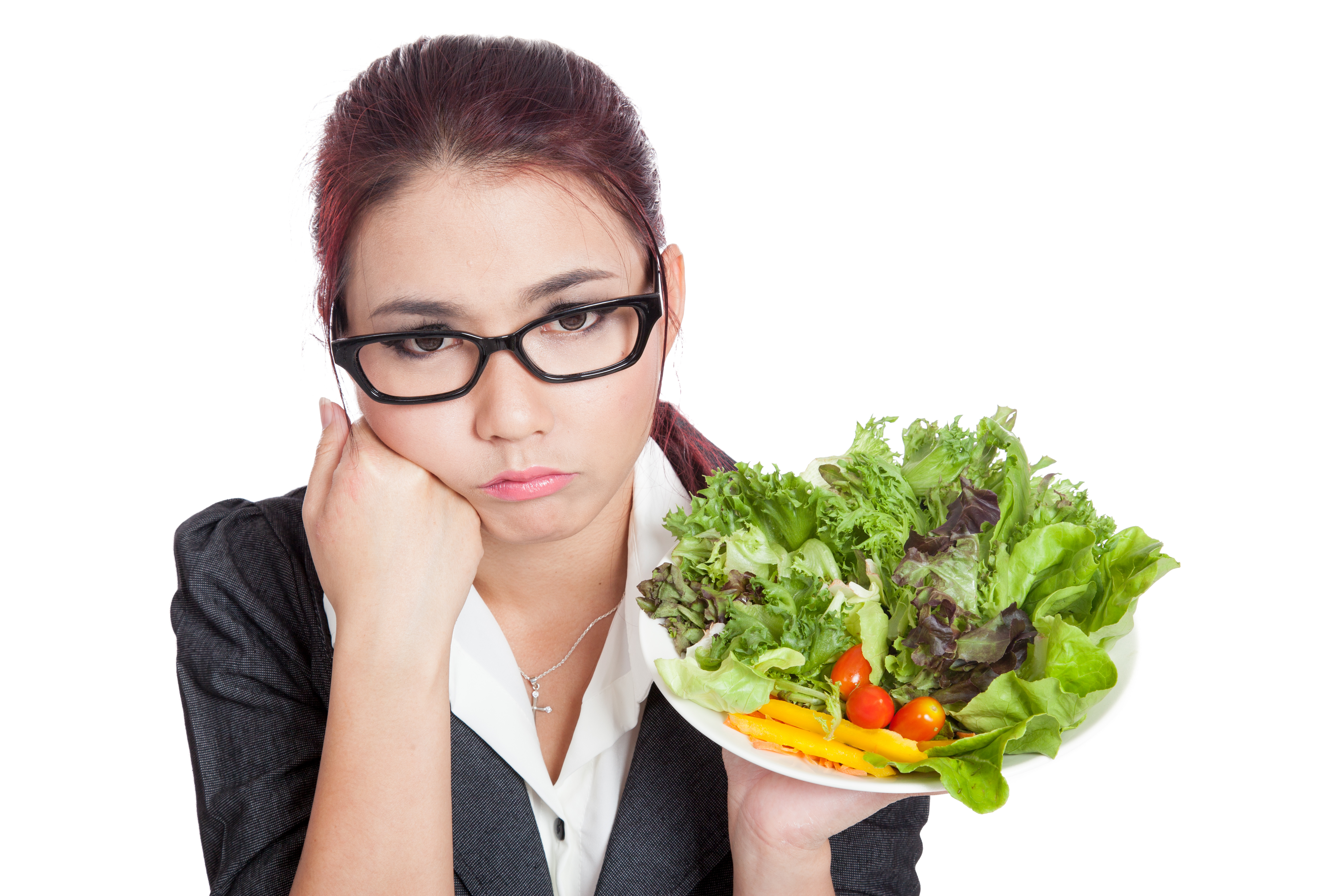 As I’ve said before, your body thinks weight loss is a sign that you’re starving to death and enacts all kinds of subconscious tricks to “protect you” from losing too much body fat. A new report published recently in the Journal of the Association for Consumer Research observed another subconscious trick that sabotages people who are attempting to lose weight by eating healthy food.

Simply labeling a food as healthy subconsciously causes people to not only eat larger portions, but to also find it less filling. In the study, they used the exact same food item, but they either labeled it healthy or unhealthy. When the food was marked as healthy, participants consumed more calories, but reported being hungrier 45 minutes later. It shows on underlying perception that I’ve written about before. People assume that unhealthy foods are filling and delicious and healthy foods need to be unappetizing and leave you starving in order to positively effect your health and your waistline. I’ll admit I’m guilty of using the words “healthy eating” throughout this blog, but I try to do it in the context of convincing people that healthy food can actually be tasty, filling, and satisfying.

It’s the reason we released our various meal plans. We wanted to change people’s perceptions and show them what a healthy meal actually looks like. Just look at the pictures below:

The image on the left is everyone’s belief of what a healthy meal needs to look like. The picture on the right is an example of pumpkin waffles found in our new Clean Protein 2 meal plan. People think it’s lack of calories that make a food healthy. I’ve gone over why calorie counting leads people astray many times, so I’ll skip that here. What makes a food healthy is that it has the right balance of protein, fiber, healthy fats, and unrefined carbohydrates that allows your body to process it properly.

It’s odd that we believe unhealthy food is filling, because if it were, we would never overeat it in the first place and no one would be obese. Years of improper food advice taught us that fat is unhealthy and that healthy foods have no fat in them. Plenty of healthy foods have fat. Fat is filling and satisfying. It’s also vital for the proper functioning of our cells and nervous systems, so it’s important to keep it in your diet, no matter what kind of diet you choose.

What makes a food unhealthy isn’t the fat, it’s the added sugar that comes along with it. All that refined sugar quickly flows into your blood stream and causes a massive release of insulin to shuttle it into your muscle cells. While insulin is taking care of the sugar, it’s also telling your body to store any fat you eat in your fat cells, and to not release any fat until all that pesky sugar is dealt with. It’s really the fat you eat with the sugar that makes you fat, but what makes you overeat (despite all the satisfying fat) is the sugar crash.

Too much insulin in your system will actually clear out too much sugar from your bloodstream. You’ll then be hungry again and craving more sugar to get your blood sugar levels normalized. As I mentioned in the article about how to customize your eating plan, the key to eating healthy, satisfying meals that will help you lose weight ultimately boils down to figuring out how to manage your blood sugar levels and keep them even (no spikes).

Think of it as “nourishing” instead of “healthy”

The psychology and physiology of dieting can be complicated, but it’s nice to come across little tricks that can give you an edge. One of these tricks pointed out by the Journal of the Association for Consumer Research is that thinking of your meals as “nourishing” instead of “healthy” will prevent you from subconsciously eating too much, plus you’ll find those meals filling and satisfying. A lot of words carry too much baggage, and a simple way to put those heavy bags down is to stop using those words. As I’ve mentioned before, don’t ignore the psychological component of dieting. Your body is secretly working against you to undermine your efforts. By bringing its tricks into the light, you can deal with these obstacles before they can sabotage all your hard work.