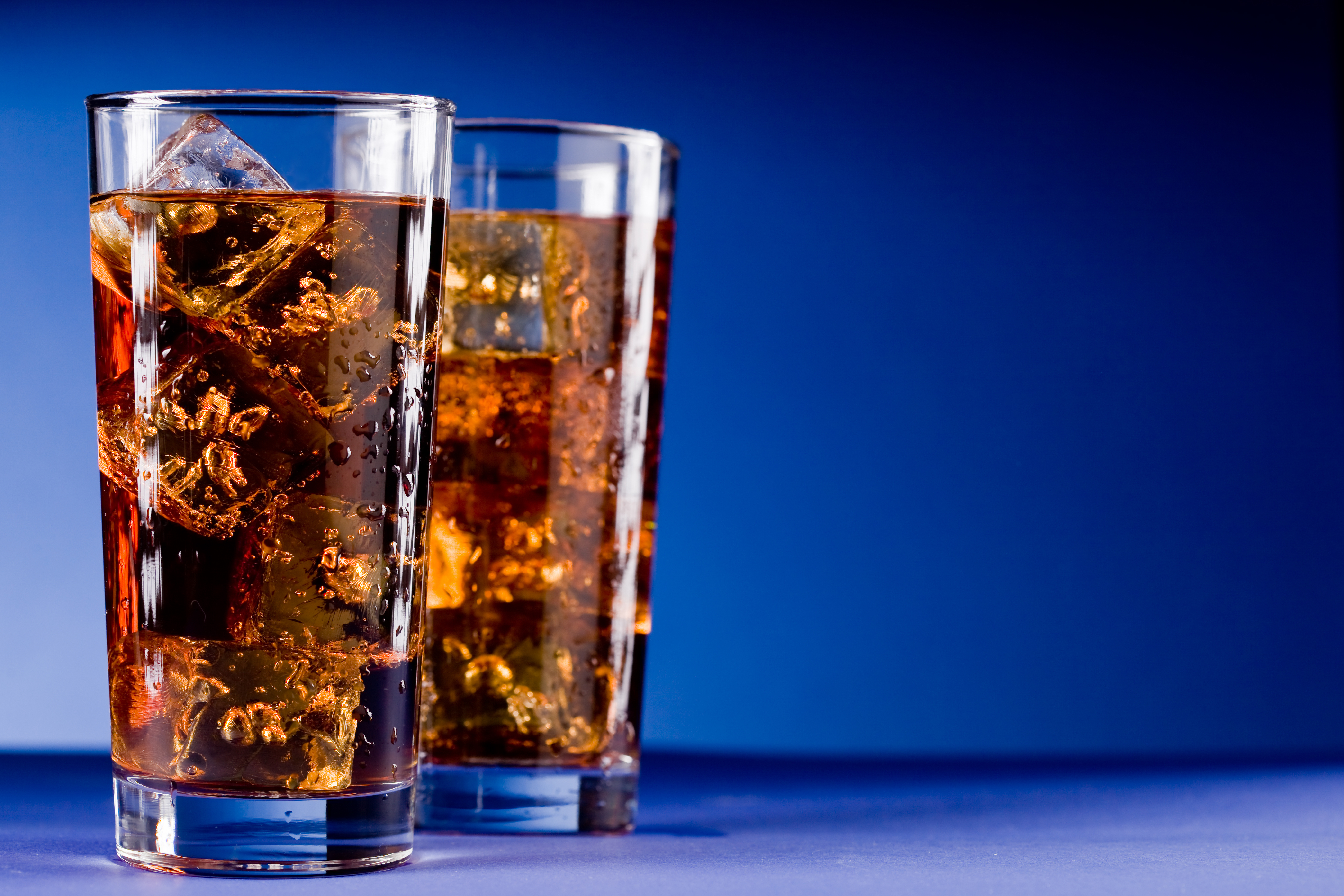 Just as a calorie is not a calorie, a natural sugar is not the same as an added sugar. Food manufacturers have employed many of the same techniques used by the tobacco industry to confuse the discussion and prevent positive food policy changes, but last month, the FDA finally listened to all the research and instituted new labeling rules for packaged foods. It will help people easily understand just how much added sugar is in all the packaged foods they buy. Even foods that don’t taste sweet like salad dressing, bread, and spaghetti sauce will finally show just how much added sugar they have hidden within their ingredient list.

As I’ve said before, added sugar is a natural preservative that extends shelf-life. We’re so inundated with sugar that you probably don’t even notice the sweeter taste, but it’s still wreaking havoc on your body. Food manufacturers have had to get more clever with how they label sugar since more and more people are scanning the ingredients to exclude it from their diets. Just check out the chart below from a New York Times article listing the various names for added sugar used by the food industry. 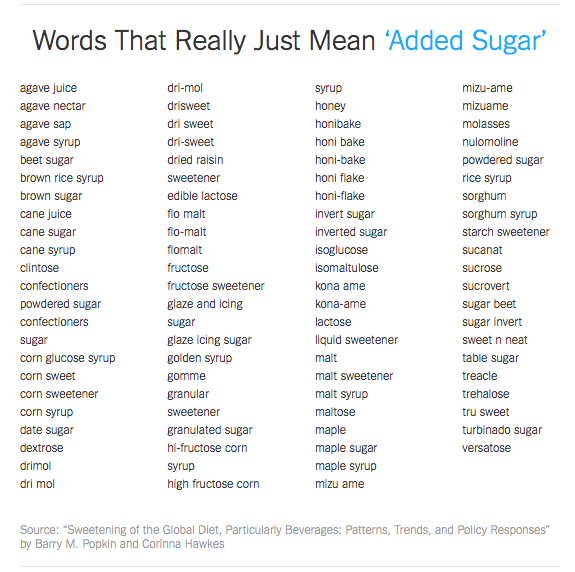 “Evaporated cane juice” is my personal favorite because that just describes the process of extracting sugar from sugar cane (with a little bit of the molasses left in there for color). Hopefully distilling all these clever names down to the “added sugars” number on the label will get food manufacturers to decrease the sugar content in general, but as always, my biggest advice is to buy as few things with a label on them as possible.

As I’ve been saying for a while, the food you eat changes the chemistry of your body and your brain. High quality food sets you up to burn fat, it improves your mood, energy, immune function, and much more, while low quality food turns you into a fat-storing machine that is riddled with dangerous inflammation. A recent mouse study out of UCLA looks at why high-fructose corn syrup in particular seems to be linked to so many diseases like obesity, diabetes, metabolic syndrome, cardiovascular disease, and even brain disorders like Alzheimer’s disease, depression, and ADHD.

The team first trained rats to run a maze and then divided them into three test groups. One group was placed on a high fructose diet (the equivalent of a person drinking one liter of soda per day), another received fructose alongside a diet rich in the omega-3 fatty acid DHA, and the final was the control group. After 6 weeks, they then ran them through the maze again. The fructose group took about twice as long as the control group to get through the maze, demonstrating that fructose impaired their memory. Interestingly, the fructose with DHA group completed the maze just as quickly as the control group, which shows that DHA actually protected them from the harmful effects of fructose.

While the maze test produced interesting results, the researchers found something far more compelling when they sequenced over 20,000 different genes in the rats’ brains. They found that more than 700 genes in the hypothalamus (which controls metabolism, hunger, thirst, and circadian rhythms) and over 200 genes in the hippocampus (which helps with learning and memory) were either switched on or turned off by the fructose. Most of these genes were comparable to genes found in humans and altering these genes effects inflammation and metabolism and can trigger many different diseases like Parkinson’s disease, Alzheimer’s disease, depression, and bipolar disorder.

The best news was that supplementing with DHA prevented all of these fructose-induced gene changes. One of the senior authors of the study, Xia Yang said, ”DHA changes not just one or two genes; it seems to push the entire gene pattern back to normal, which is remarkable.” Fish oil supplements have fallen out of favor lately since it doesn’t seem to help with heart attacks and strokes as much as we once believed. As I said in a previous article, it’s not that it doesn’t help, but because the medicines we use now to treat these conditions are so much better, fish oil doesn’t move the needle as much. I still encourage people to either eat plenty of fish or supplement with fish oil pills (or algae oil pills for vegetarians) because of how important it is for your brain. DHA and EPA are essential for brain health and your body cannot manufacture it on it’s own. That means it can only come from your diet and since omega-3 is stripped out of most processed foods, the majority of people are not getting enough DHA to protect their brains from all the fructose in that same food.

The Truth About Sugar 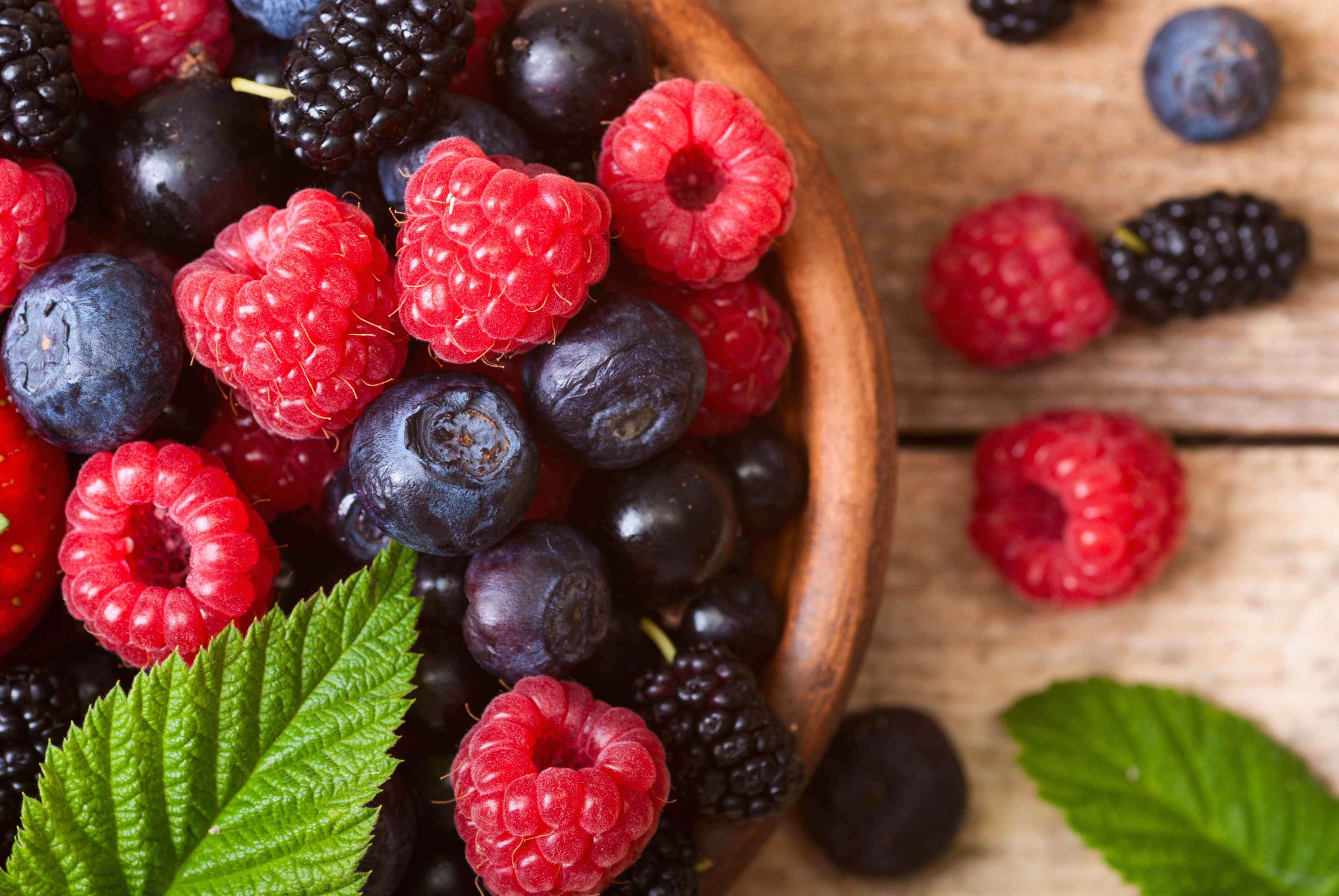 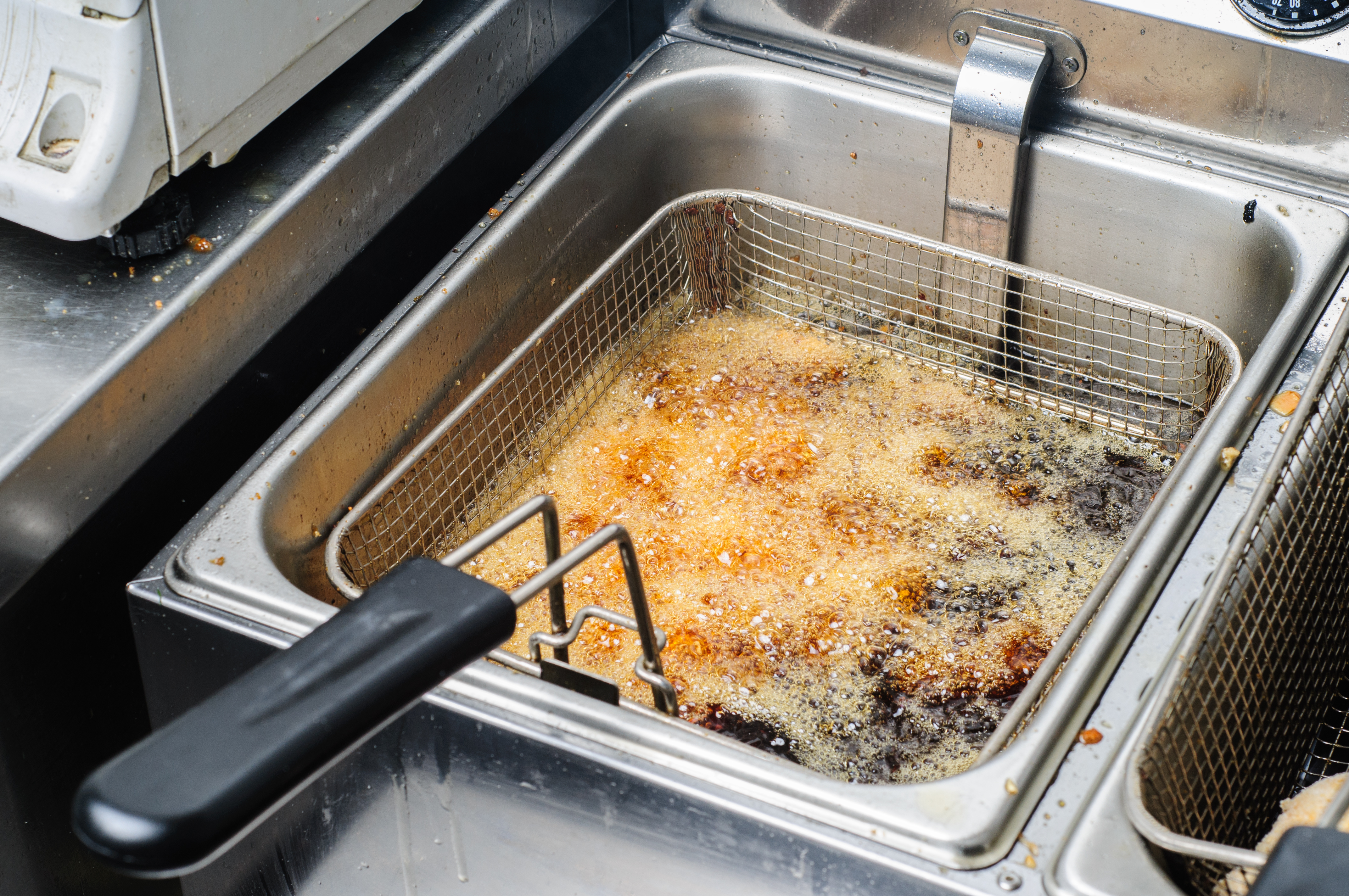 Soybean oil is a bigger cause of obesity than fructose