I'm a big fan of the low-carb diet. Not only has it been shown to be more effective than a low-fat diet, but it bestows many additional health benefits over a typical diet. As I've mentioned previously, there are a lot of downsides to consuming sugar, so it makes sense why cutting it from your diet is a great way to lose some weight and improve your health. The problem with the low-carb diet is that people become too focused on cutting out all carbs verses eating healthier. I'll get to that in a second, but first I need to explain the difference between a low-carb diet and a ketogenic low-carb diet.

A lot of people think that ketogenic and low-carb diets are the same thing, this actually is not true. You can go low-carb without going into ketosis. Your body can fuel itself at anytime with either sugar or fatty acids. The only organ in your body that can't use fatty acids is your brain. When you deplete all of your body's glycogen stores (sugar stored in the liver and muscles), your body has to break fatty acids down further into ketone bodies so that they can provide energy to your brain. This is what people mean when they say they are in ketosis.

Ketogenic diets are incredibly effective, but they can be a little hard to adapt to at first. To totally deplete your glycogen stores, you need to cut your carbohydrates to less than 50 grams a day. Not only will this sudden drop in energizing carbohydrates sap your energy levels, but the transition from fueling your brain with glucose to fueling it with ketone bodies can cause you to experience feelings of mental slowness. People often refer to this transition as the low-carb flu because the symptoms can be very flu-like: headaches, fatigue, mental slowness, even stomach aches, and nausea. The flu like symptoms will pass in a few days, but some people never quite adapt to the lower energy levels.

Fortunately, you don't have to be in ketosis for a low-carb diet to work. That's why I distinguish between the two. Studies have shown that a nonketogenic low-carb diet is just as effective as a ketogenic diet. You don't need to deplete the glycogen levels in your muscles to successfully lose weight.  For a low-carb diet to be effective, you simply need to control the release of insulin, you don't need to go into ketosis. Insulin is released into your blood when you eat sugar and that insulin is what tells your body to store fat in your fat cells and to not release stored fat for hours after your meal. 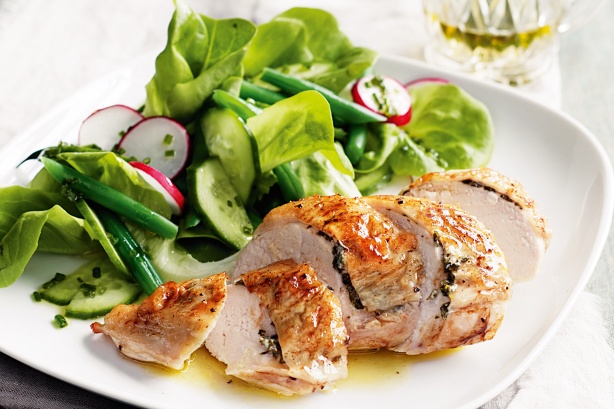 There's more to eat than meat and cheese

This is why I mentioned that people tend to get too focused on avoiding carbs rather than on eating healthy when they go on a low-carb diet. Oftentimes, people look at the ketogenic diet as the green light to load their plate with as much bacon, sausage, and cheese as they can handle. To lose weight, you still need to run a calorie deficit. One of the biggest benefits of the low-carb diet is that you will feel full longer, but it is not magical. If you eat a ton of food, the scale isn't going to move.

The quest to eliminate carbs often leads people to throw fruits and vegetables off of their plate because these dreaded carbs will counter the weight loss magic of their healthy bacon. Logically, this doesn't make sense and it doesn't for a reason. Processed foods will still hamper your efforts and healthy fruits and vegetables are never going to hurt your results.

I tell people on a low-carb diet to eat as much fruit as they want. It's not like a bag of chips that messes with your body's regulatory systems, causing you to binge eat. Your body knows how to process fruit properly and you'll feel full and satisfied long before you can overdo it. Some fruits like grapes are little bags of sugar that can hamper progress, but others like apples, berries, bananas, and oranges are super rich in fiber which causes the sugar to be slowly introduced into your system. Not only that, but fructose (the sugar found in fruit) is not processed like other sugars. It is processed mainly in your liver so it doesn't affect insulin levels as much. Vegetables are even higher in fiber and lower in sugars, so as always, they should be a big part of every meal. If you're still concerned about what fruits and vegetables are fine, you can check their glycemic index value here. Foods with a lower glycemic number will release sugar into your system slower, so they will require less insulin to process.

One minor caveat is that while you can eat as much fruit as you want, fruit juice is still out. Your body is not good at recognizing liquid calories. It's the fiber in fruit that controls the release of sugar into your system and keeps your appetite in check. Once all the fiber is stripped away, that juice is nearly as bad as soda or sugary sports drinks. Just think of how many oranges you need to squeeze to get a glass of juice. You would fill up long before you could eat all those oranges, so you don't get nearly as much sugar from an orange or two as you will in that big glass of juice.

Not only is there less sugar in fruit than in fruit juice, but much of it will remain locked away inside fibrous containers that your body can't digest. While we can eat plants, we aren't nearly as proficient at digesting cellulose (the tough cell wall that surrounds every plant cell) as herbivores. This means a lot of that juice will simply pass through your body without any of it being released into your system. Some of it will be broken down in your digestive system, but it is such a slow release, it won't effect your insulin levels much. Your teeth just can't grind it up enough to release all the juice into your system quickly. A juicer or a blender, however, is very efficient at demolishing the cell wall of the plants you eat, which allows all the sugar to flood into your system instantly. 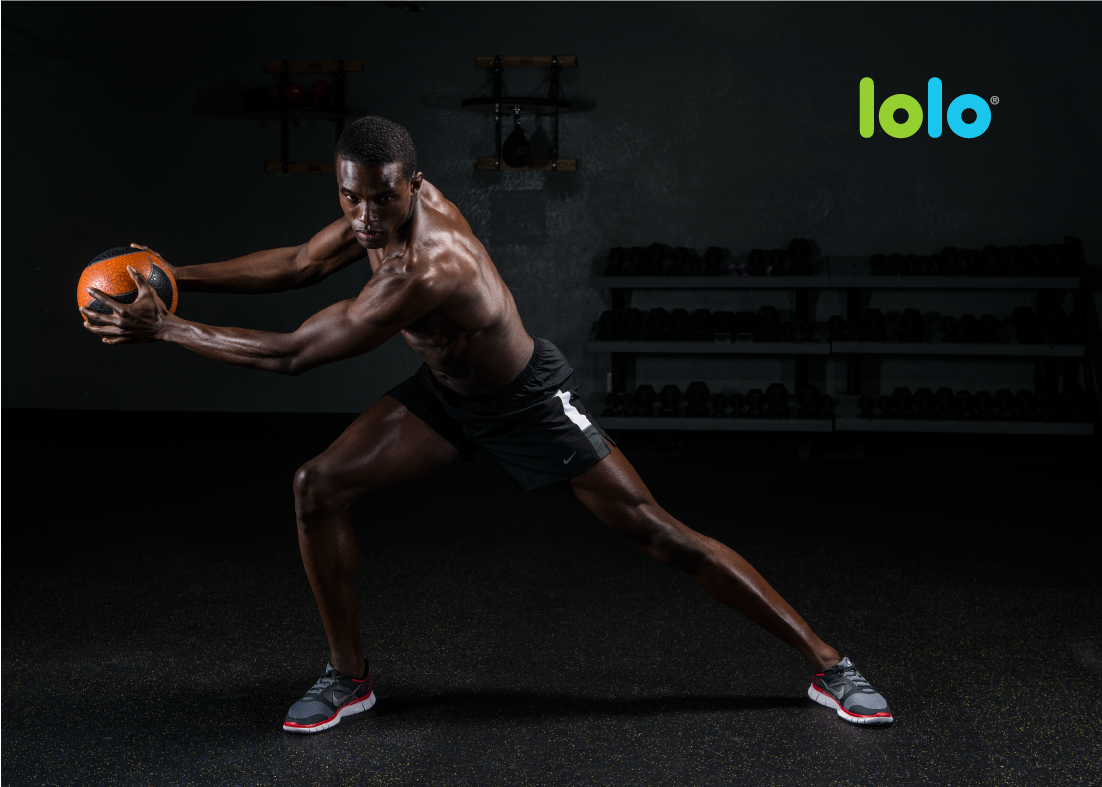 Insulin isn't the only way to manage blood sugar

Whether you do a low-carb diet, low-fat diet or zone diet (equal percentages of sugar, fat, and protein), you have to manage your insulin to see success. One way is to limit your sugar intake, but if that's the case then how do these other diets work? Simple answer: exercise.

Exercise causes your muscles to process blood sugar through a totally separate path.  Not needing insulin to handle your blood sugar actually increases your insulin sensitivity. Increased sensitivity means your body will need less insulin throughout the day to handle any additional sugar that you eat. If your body uses less of this storage hormone, then it will mean your fat cells are receiving less commands to store fat and not release it as well.

Decreased insulin sensitivity is one of the big markers that something is going wrong in your body. Someone develops type 2 diabetes when his or her blood stream is constantly flooded with so much sugar and so much insulin that the muscles basically stop listening to the signals insulin sends. Cells only need so much sugar to function properly and when too much is in the blood, they won't take in any more no matter how much insulin is there. Your cells become insulin insensitive.

So what does this mean for you? The big take away is that exercise should not only be an important part of any weight loss plan, but it is vital to keeping your system healthy. It also means that your muscle cells are ready to lap up any blood sugar after exercise without needing any insulin. That makes post-exercise a great time to replenish your system with carbohydrates. It doesn't mean you should gobble down an ice cream sundae, but it does mean you can enjoy extra carbs without putting your body into storage mode.

The real point of the low carb diet is to focus on the same kind of healthy eating that I've previously spoken about. Cut out the added sugars and processed foods, throw in plenty of healthy fats to keep you feeling full and energized for a prolonged period of time, and make sure you eat enough protein to give your body the building blocks it needs to keep you going strong. Remember, stick with foods that have been processed as little as possible. Avoid the center aisles of the grocery store and stick to the perimeter. All the highly processed foods are sitting on un-refrigerated shelves in the center while all the fresh fruits and vegetables and lean meats are lining the outside. All the ingredients in those processed foods were designed to increase its shelf life, not for your benefit. Stick to the good stuff and you will hit your goal in no time.