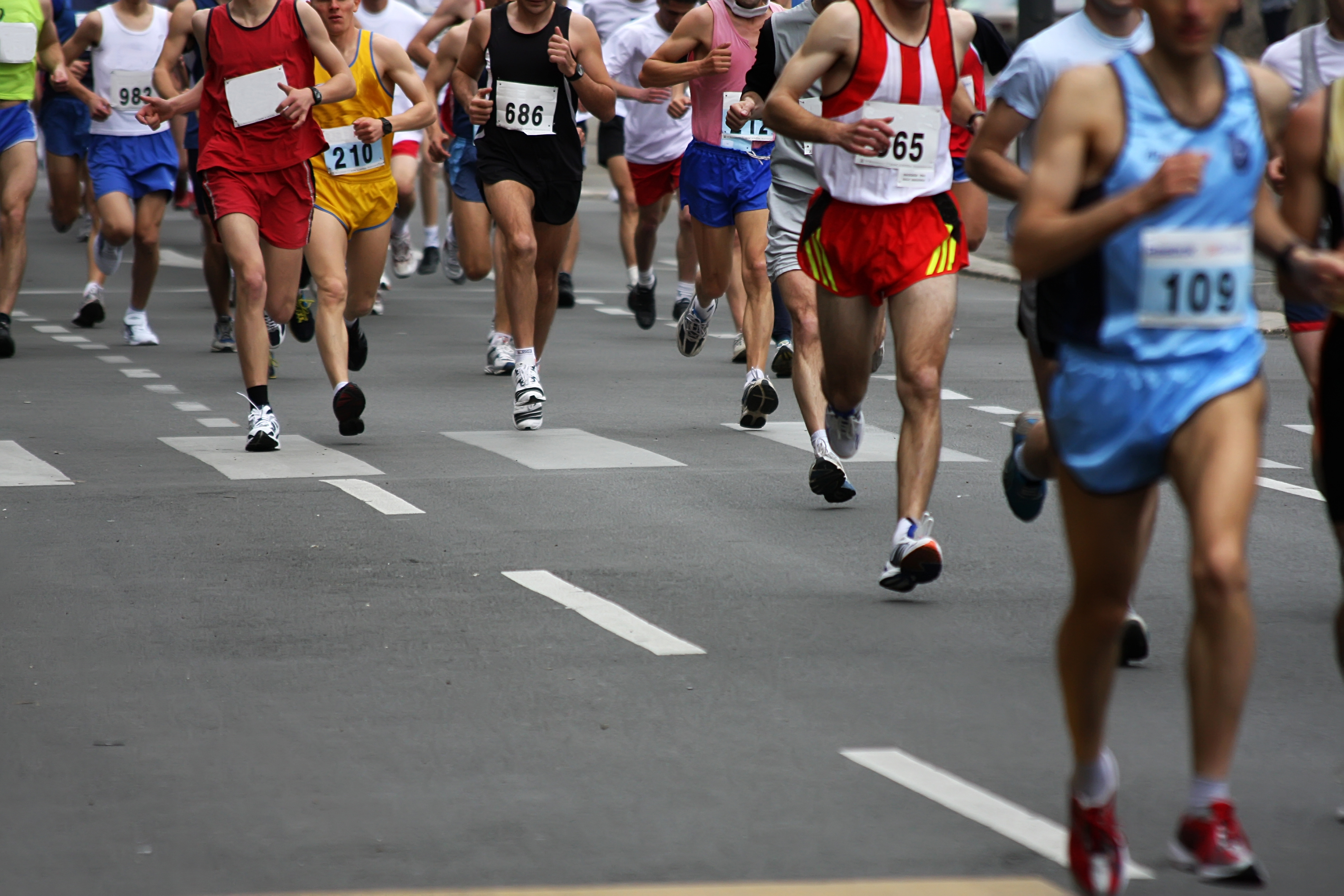 I stumbled across a study a few weeks ago that claimed your natural running stride length is the most efficient way to run and you shouldn’t listen to the common running advice to shorten your stride length and increase your cadence (the number of times your feet hit the ground). I found the study methods and conclusions somewhat strange and flawed, especially considering the years of research and practical experience of the study’s authors. I could see their conclusions applying to Olympians and other high level athletes (they should just stick to the natural stride their years of training has generated), so I didn’t think much else of the study at the time.

Unfortunately, I’m now seeing many publications, such as the New York Times, quoting the study as proof that novice runners basically don’t need to worry about improving their form and should just stick to their natural stride. Since it’s popping up more and more, I thought I needed to point out why this is bad advice. Overstriding by new runners is a big reason why they’re 13 times more likely to experience running injuries than trained athletes.

If you’re a veteran runner and you don’t have a problem with injuries, then feel free to stick with your natural stride. If you’re starting a new training program and want to make it all the way through, or you routinely get injured when you try to stick to a running program, shortening your stride length and increasing your cadence is something you must do.

If natural is better, why practice or have coaches?

I’ve been teaching martial arts for nearly two decades and one of the first things I tell people is “your natural instincts are wrong, but don’t worry, the point of consistent training is to replace them with new instincts.” This is the basic idea behind muscle memory or motor learning. People think that we can all naturally run or naturally throw a proper punch, but I can tell you that few people do either correctly without a bit of training. When it comes to any kind of physical activity, you start off terrible and inefficient, but with lots of repetitions and practice, you become more skilled and fluid in your movements. As proper form becomes ingrained, it in a sense becomes your new “natural instincts.” A natural stride, in the context of this study is simply one that you don’t need to think about or focus on, you just do it, and the “thinking” part is another big big problem with their conclusions.

When it comes to energy usage, we always think about the muscles, but your brain is the biggest energy consumer in your body. Other studies have shown that mental tasks that require sustained attention actually reduce physical performance. Focusing your attention on correct form takes more energy, which is why we practice. Repetition causes reduced tension in the muscles, reduces the need to focus on your body movements, and increases energy efficiency. We slowly but surely program our bodies to perform the movements “naturally.”

There are tons of mistakes that new runners make like leaning too far forward, clenching their shoulders and fists, swinging their arms incorrectly, looking down at their feet, striking too hard on the heels, etc. If you want to get technical, these are all natural movements, but the authors don’t suggest these poor form habits should be kept. People naturally do all kinds of things wrong when they start a new sport or exercise program and it’s the job of coaches and trainers to analyze their mistakes and teach proper form so they improve quickly and don’t suffer unnecessary injuries.

Everyone is inefficient when learning something new

One major problem with the methodology of this study is they were testing something that was novel and strange for every runner, but they never gave them any time to acclimate. They didn’t give the runners weeks of practice time to adjust to the new running stride and cadence, they just tested each new cadence for 2 minutes. The study authors said “We chose to use the metronome during PSL (preferred stride length) in case there is an effect on metabolic cost due to focusing on the cadence.” They assumed having a metronome mark of the cadence would reduce the need to focus on form and remove the effect of increased effort due to the novelty of the movement. I can say from personal experience from testing different cadences for our beat-sync technology that working outside your natural stride the first few times requires a great deal of attention and focus. Human beings do respond to a beat and it can distract the brain during exercise, but most of those studies (and our own anecdotal observations from thousands of app users) is that the beat in music works far better at distraction than a simple metronome.

Is increased injury risk worth a 1.2 to 1.8 percent calorie save?

The ultimate conclusion from the study was that changing your stride rate increased your oxygen uptake by an average of 1.2 percent for experienced runners and 1.8 percent for novice runners. If you calculate out that change in energy usage for a 200 pound novice running 5 MPH for 30 minutes, that equates to a caloric increase of about 7 calories. That’s not a significant loss of efficiency. You’re not going to bonk half way through your marathon because you shortened your stride (especially since you would have practiced it for months beforehand). In fact, the study authors mentioned, “In a few cases, shorter strides than preferred were less detrimental than longer strides within a given subject.” This means shortening the stride didn’t impact some runner’s efficiency much at all. 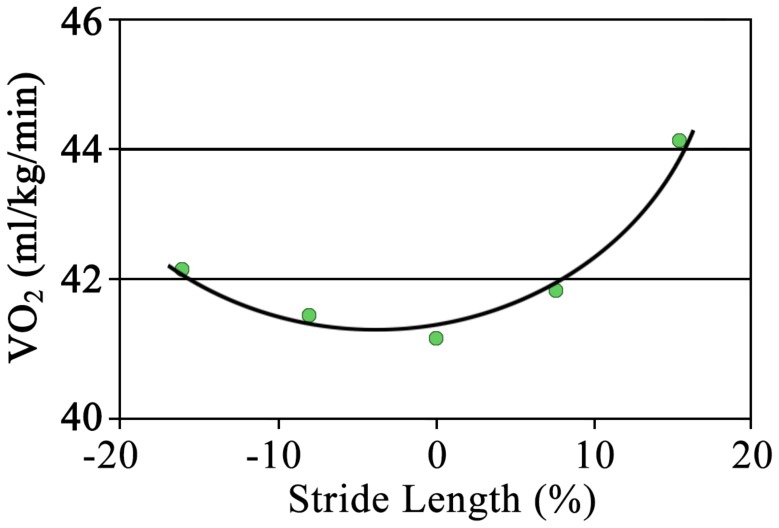 They also pointed out the big reason I have a problem with how many media outlets have interpreted this study. “When using a shorter stride, more repetitions will be required if a run of equal length is completed. However, the extra repetitions may not be detrimental since patellofemoral load is considerably less when using a shorter stride.” Patellofemoral pain syndrome is just one of the common injuries you can get from overstriding. It starts with pain in the front of the knee but can result in loss of support causing the knee to buckle and give out unexpectedly. You can look up overstriding injuries on virtually any running web site. It decreases the efficiency of your movement and increases the force transferred through your foot, ankle, shin, knee, hip and lower back.

Ironically the same author of the New York Times article focusing on this study wrote an article previously explaining the importance of a short stride and quick turnover to reduce impact and prevent running injuries. A quicker turnover forces you to reduce the height of your bounds (and the subsequent impact from the fall back to Earth). It makes you more likely to move the impact to the middle of your foot instead of the heel (another technique mentioned in the older Times story and other studies) which also decreases the likelihood of injury. Plus it improves your efficiency by decreasing the stopping force of your over-reaching foot. When you stretch your foot too far in front of your hips, your body has to stop and catch up before you’re able to bound off the other foot. You can see proof of this from how pedometers work. The first pedometers were in your shoe because the easiest way to measure your speed was to determine how long one foot stayed in contact with the ground. As your speed increases, your feet spend less time on the pavement. Figuring out this formula was also the basis for first telling runners to pull in their stride length and focus on turnover (cadence).

Enjoy the extra calories burned for a while

Like I said above, as you practice your shorter stride rate, it will eventually feel more natural and your energy expenditure will decrease. Since a large majority of people are trying to burn a little body fat anyway, what’s the harm in a bit of inefficiency at first? So many people are trying to maximize their workouts and burn the most calories in the shortest time, so burning a few extra as you work on a stride length that won’t end in injury might actually be considered an added bonus. 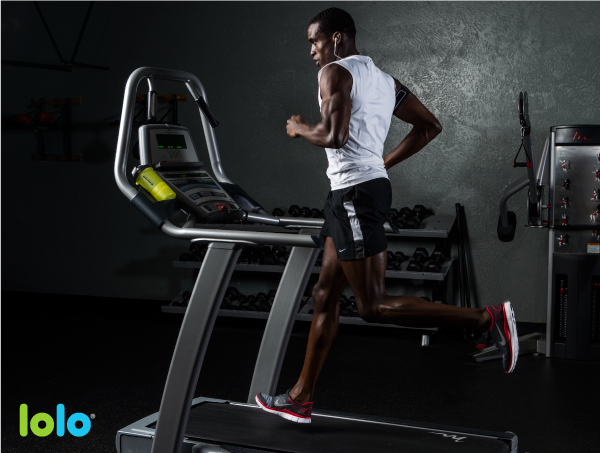