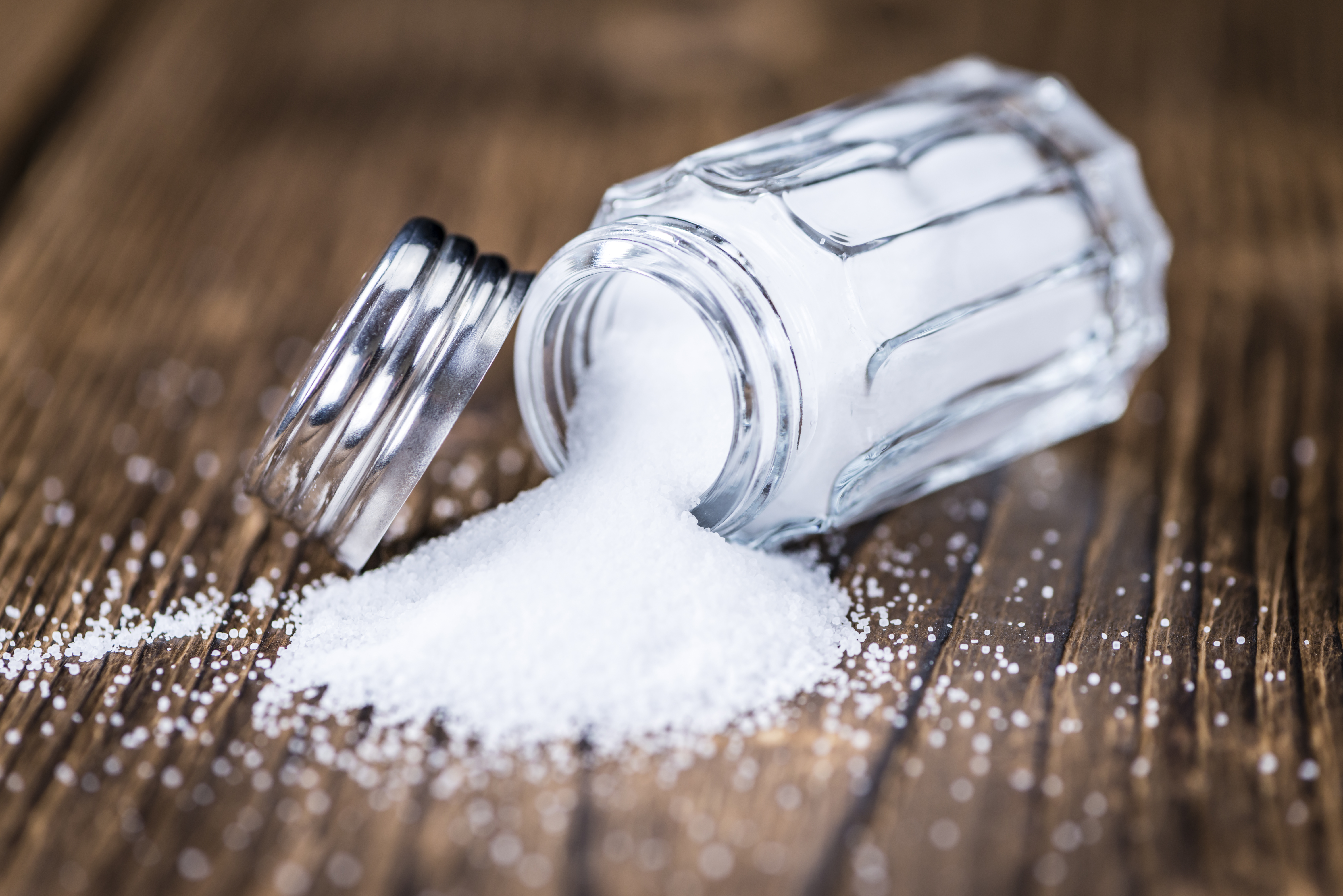 I’ve long said avoid processed foods because all the added sugar messes up your body’s chemistry and sends your appetite spiraling out of control. Another ingredient known to be in excess in packaged foods is salt. We’ve all heard you should avoid salt because it causes hypertension and heart disease, but as I’ve mentioned before, the assumption that salt is the primary cause of high-blood pressure likely isn’t true. A new 16-year study confirms this and shows that salt-restriction does not lower blood pressure.

That doesn’t mean salt is harmless. Another fascinating study explains why salt is such a staple in processed foods, because like added sugar it also increases appetite. Unfortunately, the mechanism for this increase in appetite could also mean that excess salt contributes to muscle loss, bone loss, and type 2 diabetes.

One of the big problems with human nutritional studies is the lack of control. Researchers want to study and measure one factor at a time, but it’s nearly impossible to get people to be 100 percent compliant. Study administrators can control what happens in their presence, but then they need to factor in the likely non-compliance that occurs while the participants are on their own. Ideally researchers would like to be able to completely isolate participants for long periods of time in order to manage every aspect of their diets. This is obviously expensive and time-consuming which is why we mostly rely on animal studies to infer similar effects in humans.

The study published in the Journal of Clinical Investigation here and here was able to shed new insights on the effects of salt on appetite, fluid intake, and water retention in humans because it offered the rare opportunity to perfectly control every aspect of the participants’ diets.

Researchers observed Russian cosmonauts that were simulating long-term flights to Mars. The studies involved two groups of 10 men, one kept in isolation for 105 days and the other group for 205 days. Both groups had identical diets and they all went though 28-day cycles at various salt levels - 12 grams, 9 grams, and then finally 6 grams daily. One gram of salt contains about 388 milligrams of sodium. As a frame of reference, the USDA recommends between 1500 milligrams and 2300 milligrams of sodium a day, so for this study, researchers were testing 4,656 milligrams, 3,492 milligrams, and 2,328 milligrams of sodium per day. The average American consumes about 3400 milligrams per day, so while this sounds pretty salty, it’s not really that extreme at all. In fact, the cosmonauts said the high-salt diet didn’t really taste salty and the low-salt diet tasted pretty bad.

Your body needs sodium for a variety of important functions so it tries to keep blood sodium levels steady. As you eat more salt, your body excretes the excess salt which means you’re peeing out extra water as well. The cosmonaut study had similar results except for one important difference they didn’t expect. As the cosmonauts ate more salt, their blood sodium stayed level, the amount of salt in their urine increased, and the volume of urine increased, but they actually found that the subjects were drinking less fluid overall when on the high-salt diet. They weren’t dehydrated, but they weren’t taking in enough fluid to account for what was going out which begged the question, where was this extra water coming from? Another interesting note, is that the cosmonauts complained that they always felt hungry when they were on the high-salt diet, but not when they were on the low-salt diet, even though they were calorically the same.

Breaking you down to make water

The researchers had a theory on what was happening and the elevated levels of glucocorticoid hormones in their urine confirmed their suspicions. In the absence of enough water, the cosmonaut’s bodies were breaking down fat and muscle tissue to create excess water. They double checked this with lab rats and found that the more salt they added to their diets, the less water they drank and the more food they consumed. 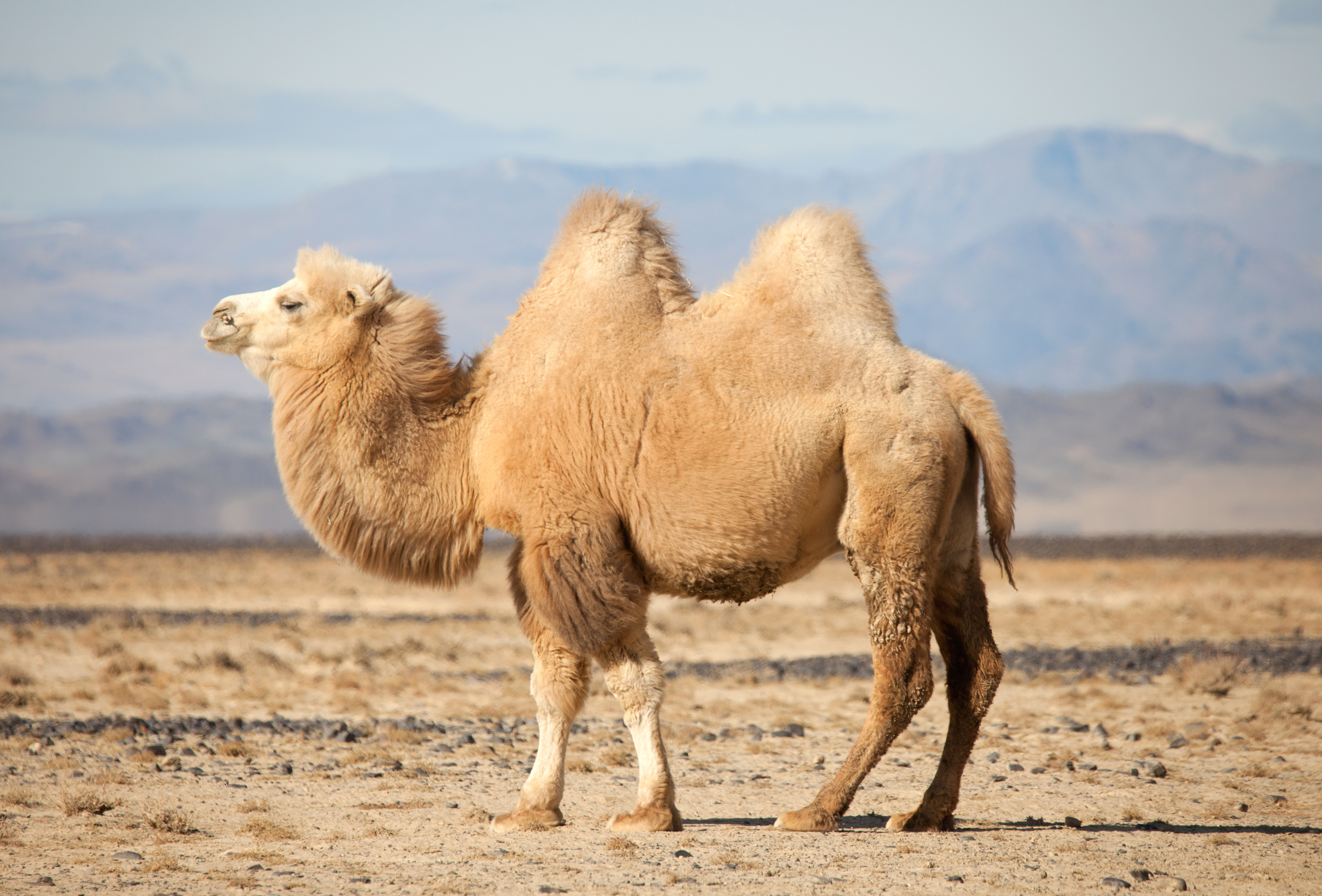 This is actually how camels sustain themselves in the desert. A camel’s hump isn’t filled with water, it’s filled with fat, and this tissue is broken down when water is scarce in order to sustain them.

I’ve seen similar surprising research from the University of Iowa that looked at the effects of salt in a high-fat diet. The were trying to see if salt and fat together stimulated appetite in rats and caused additional weight gain. What they found instead was that the higher the salt content, the more it protected the rats from weight gain. The rats all ate the same and maintained the same level of activity and yet the high-salt group had similar weight gain to the control group that ate normal chow. They theorized that salt interfered with the body’s ability to absorb fat, but I’ve yet to see another study that confirmed this hypothesis. This new study offers a more reasonable (and concerning) explanation of how salt could interfere with weight gain.

Eating salt is not a weight loss solution

While it’s interesting that high salt causes fat breakdown, let me be perfectly clear, this is a terrible way to try and lose weight. I’ve previously written about a concept called Triage Theory. The basic idea is that when you don’t have enough of the nutrients you need to survive today, your body sacrifices your long-term health to get what it needs. That’s what’s happening with the release of glucocorticoid. It’s important to maintain a proper level of sodium and water and to achieve this, the body is sacrificing fat and muscle tissue. Glucocorticoid tells your body to create glucose from amino acids (from muscles cells) and glycerol (from fat cells), and it also inhibits your muscles and fat cells from taking up blood glucose. Excessive levels of glucocorticoid hormones can also interfere with calcium absorption leading to bone loss and osteoporosis, delayed wound healing, increased risk of infection, and muscle loss.

Losing fat tissue does increase hunger a bit, but losing muscle tissue as well will really cause your body to signal that something is wrong and that you should find food. The secret to weight loss is finding foods that help control your appetite as you lose fat, like dietary protein or healthy fats. These studies also were under controlled conditions. In reality, once the release of glucocorticoid stimulates your appetite, you will likely find something to satisfy your cravings. Worse yet, since glucocorticoid lowered your insulin tolerance, any consumed sugar that enters your system will just circulate in your bloodstream, bind to your blood cells, and start moving you down the path towards type 2 diabetes.

Trying to increase your fat burning with high levels of salt is not a good idea. That said, you also don’t need to avoid salt. 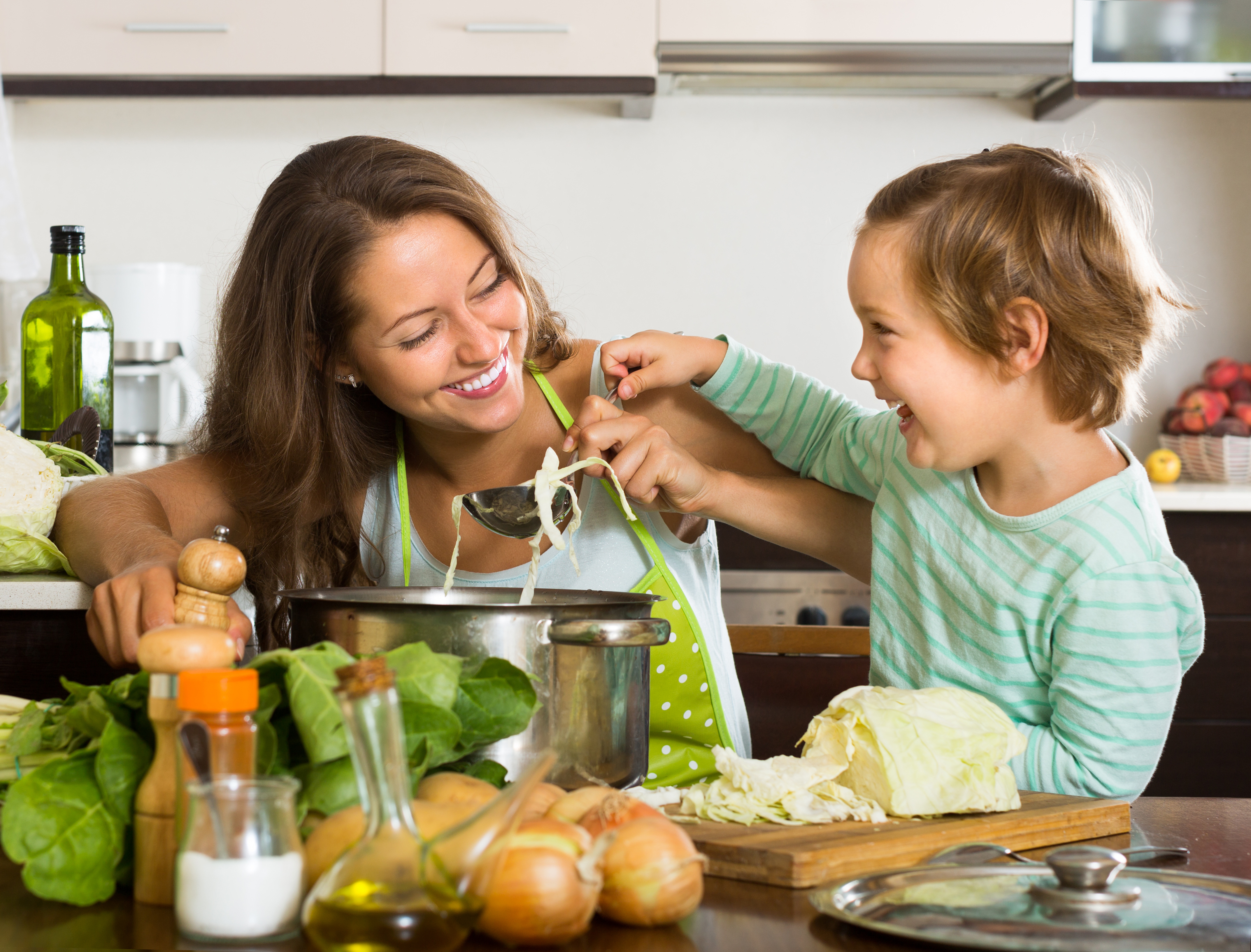 Cook at home and drink water

One of the most important things I want to focus on from the cosmonaut study is that their bodies only broke down fat and muscle for water in the absence of water. Salt receptors in your mouth detect salt and signal you to drink water to compensate, but as we all get used to ever-increasing amounts of salt, we get pretty good at ignoring this important signal.

That was the problem with the cosmonauts. They weren’t thirsty and didn’t notice they didn’t drink enough water. However, in the follow up research with the mouse portion of the study, they found that giving them more water prevented the break down of tissue for additional fluid. If you want salt, have salt, just increase your fluid intake on your own. You also need to realize, the majority of salt in your diet is from processed foods. If you cut that out, you will significantly cut down your salt intake. One study found that only 10 percent of a person’s salt intake comes from home cooked meals. The rest was from processed foods and restaurant meals. If you’re eating out, make an effort to up your water intake, but if you’re eating at home, don’t be afraid to dump a little salt on your plate.