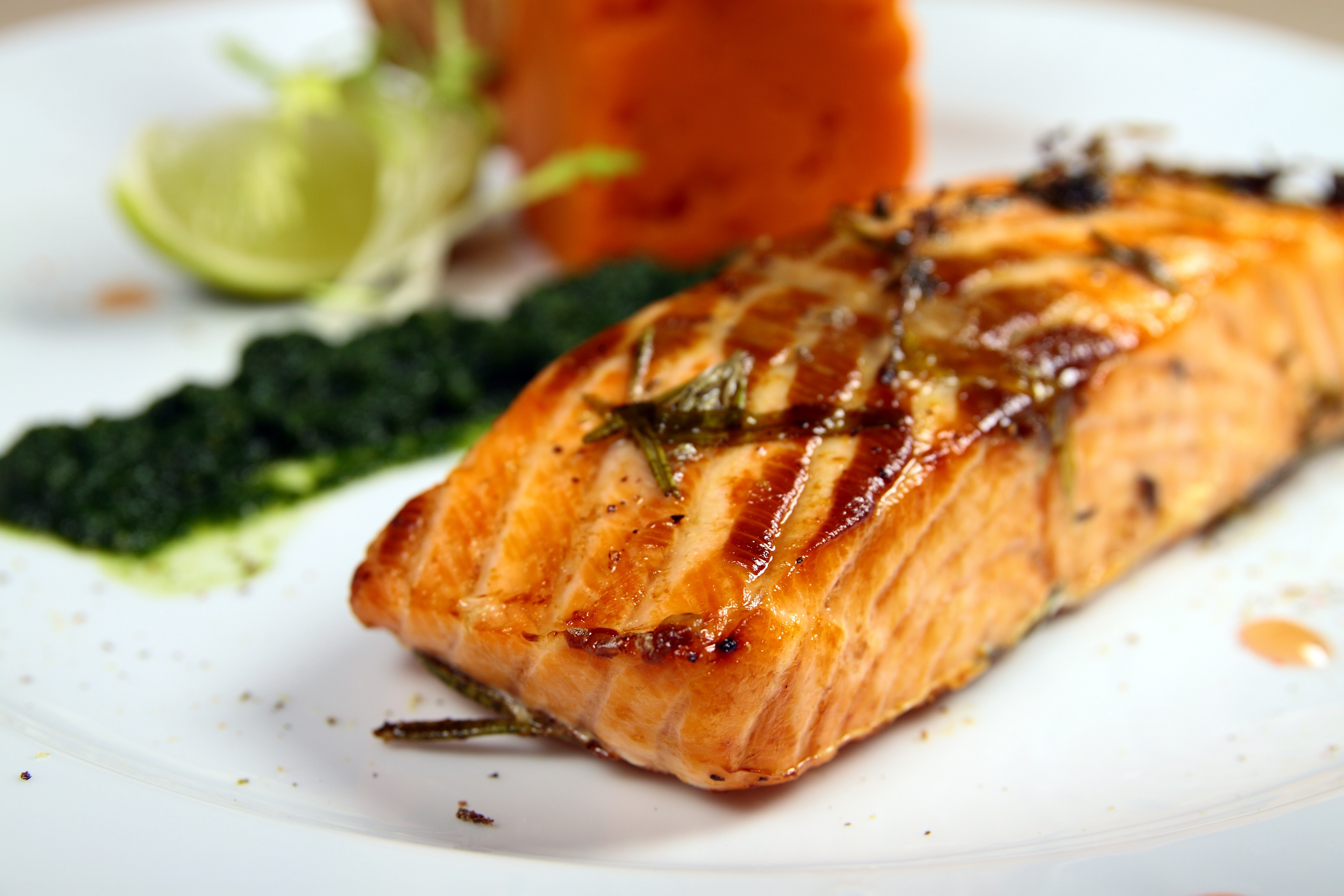 A recent study came out highlighting another benefit of eating fish. The omega-3 fatty acids in fish has been shown time and again to be extremely beneficial for our health and development, but unfortunately, it’s one food that is missing from too many people’s diets. It reminded me of two questions that seem to cause people to avoid fish, ironically over fears that it will harm their health:

The recent study in JAMA answered the first question quite clearly. The study autopsied the brains of deceased patients who were genetically-predisposed to Alzheimer’s and found that those that ate fish at least once a week were protected from developing the disease, even though their brain’s did have elevated levels of mercury. They concluded the dangers from elevated mercury levels were offset by the benefits from frequent fish consumption. Other studies have shown that the benefits of fish outweighed the mercury risks for pregnant or nursing mothers when it came to the health of their babies. This is why even the FDA recommends 2 to 3 servings of fish per week of low-mercury fish like salmon to ensure proper development (and they’re typically pretty slow to adopt the latest research).

Frequent fish consumption has also been shown to:

Some types of fish hold more mercury than others (like shark and swordfish), so if you’re worried about contaminants, I suggest fish like salmon that is typically high in omega-3 fatty acids, and low in mercury. You can see which fish are high or low in mercury here.

As for the question of whether farmed fish is dangerous, at one point it really was. Terribly crowded conditions and garbage fish feed led to disease, parasites, and lowered nutrient profiles in the fish they produced, but things have changed drastically in the past decade. It had to change or the entire industry would have collapsed under the weight of their bad practices (and accompanying bad press).

There are still differences between wild-caught and farm-raised fish, but the differences went from great versus terrible to great versus nearly as good. The two big differences between them today (using salmon as an example) is that wild-caught typically has a better ratio of omega-3 fatty acids to omega-6 fatty acids (10 to 1 versus 4 to 1), and farm-raised often contains more environmental pollutants like mercury, PCBs, and dioxins. These pollutant levels were once much higher than they are today, which is why they were best avoided in the past. The industry has improved their processes, but if you want to double check if the fish you’re buying is safe, you can double check it with this handy app from the Monterey Bay Aquarium.

As for the superior ratio of omega-3s to omega-6s, that one is actually a bit of a trick. It’s not the ratio on a single food that matters as much as the ratio in your total diet. Wild salmon may have a higher percentage of omega-3 fatty acid, but it actually has less total omega-3 than farm-raised. The farm-raised stuff has more fat in general, which some consider a bad thing, but I don’t demonize fat entirely. The end result is that you get more of this essential fatty acid in your total diet than you would with wild-caught salmon.

Bottom line, just eat more fish (wherever it comes from). Wild caught tends to be a bit more expensive, so feel free to save a few dollars on something that will benefit your health just as much. I’m afraid our world is highly polluted in general and much of it can’t be avoided. A recent report found that 5.5 million people die each year as a result of air pollution, and yet exercising in polluted environments does not have a negative impact on mortality. In other words, many foods and behaviors come with risks, but make sure you’re not avoiding the ones where the benefits outweigh the risks.