"I'm sticking to my diet and working out so hard, but the weight still isn't coming off. Why isn't it working?"

I've been asked this question hundreds of times by frustrated dieters over the years. Losing weight is hard, and it can be extremely frustrating when all your hard work doesn't seem to be getting rewarded on the scale. As I mentioned in a previous post, sometimes the fat is actually coming off even if the scale doesn't show it, but I've seen plenty of times when people fall victim to common new dieter pitfalls. The exact details varied a little with all these people, but the underlying issues were always the same.

The problem is that your body was designed to keep you alive when food is scarce. It does not want to lose weight. Your body sees weight loss as a sign that you're starving to death, and it has developed all manner of defensive tricks to keep you alive during times of scarcity. While these evolutionary tricks helped us make it this far, now it mainly leads to frustration while trying to shed the pounds. People may think they are sticking to their new fitness plan, but when they really analyze what they've been doing, they find out they fell victim to their own body's tricks.

Fortunately, once you learn some of the tricks your body will play on you, they become surprisingly easy to counter. Knowing the pitfalls that will prevent your success before you start will keep you on track and the scale moving in the right direction.

When it comes to losing weight, it's been shown that a combination of diet and exercise works better than either alone, but you need to pay attention to your body to make sure it doesn't undo your hard work. Here are some big problems to look out for: 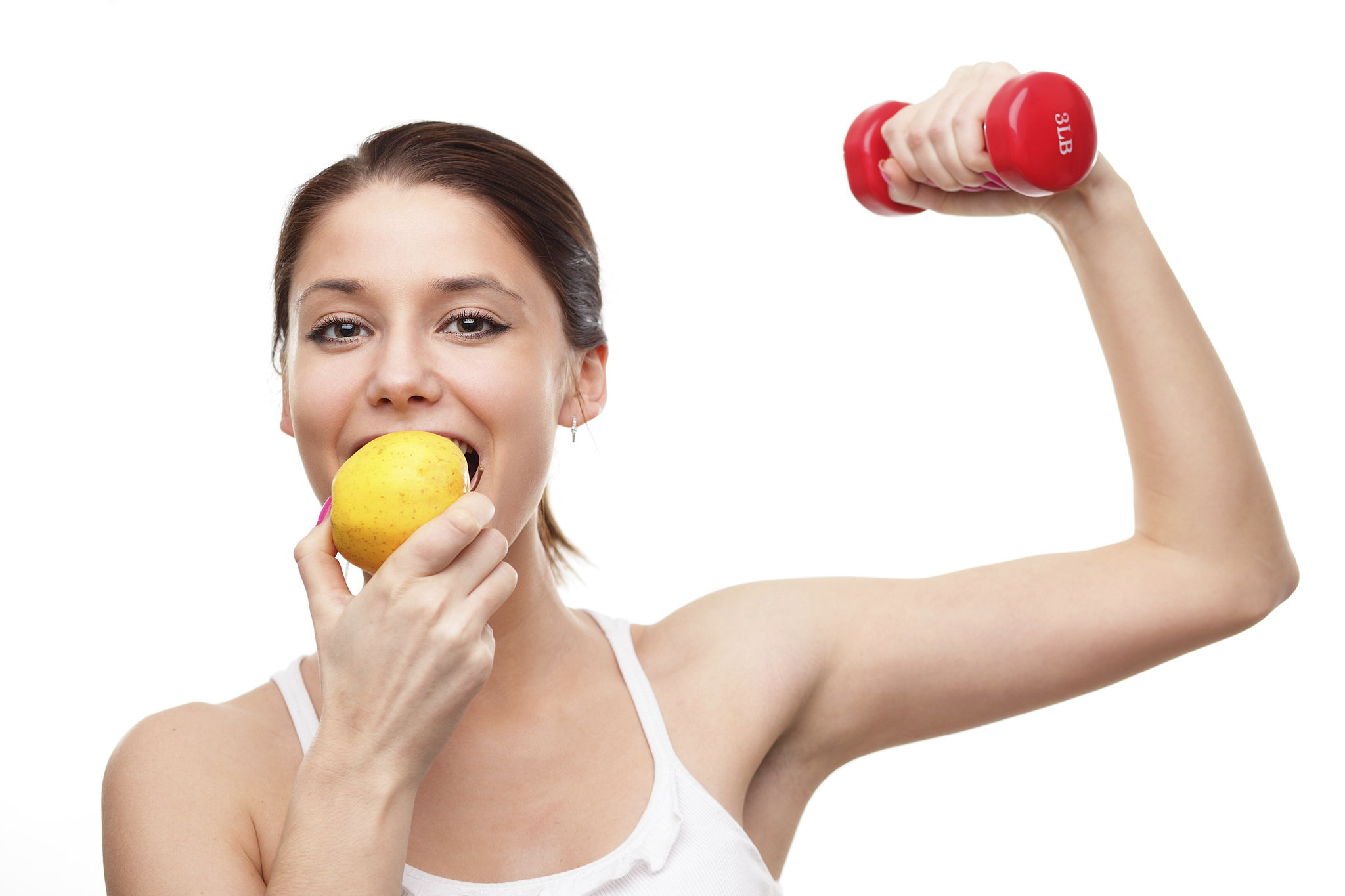 When people first start working out, they have a tendency to subconsciously consume more calories throughout the day to compensate for the ones they already burned. They may burn 200 or 300 calories in one workout, but then they add a little snack here or an extra portion there and before they know it, they have basically negated their workout. You would be surprised by how little extra it takes to undo all that hard work.

Women tend to fall victim to this more than men, but studies have shown that overweight people in general need to be wary of this. Be mindful of your intake before you start your program and make sure it doesn't creep up as you start burning calories.

You can keep your subconscious snacking in check by filling up on low-calorie, high-volume foods. It turns out that the volume of food we consume on a daily basis tends to be pretty consistent. Fibrous fruits and vegetables will fill your up without adding many calories, so make sure you load your plates with tons of vegetables to keep your appetite in check. Having healthy snacks readily available will keep you from mindlessly undoing your progress with extra calorie-dense foods.

High Intensity Interval Training has also been shown to limit the drive to subconsciously put the calories back. If you want to work out at a lower intensity, you can also suppress your (conscious and subconscious) appetite but you have to workout long enough to burn about 800 calories (a tall order but also doable). 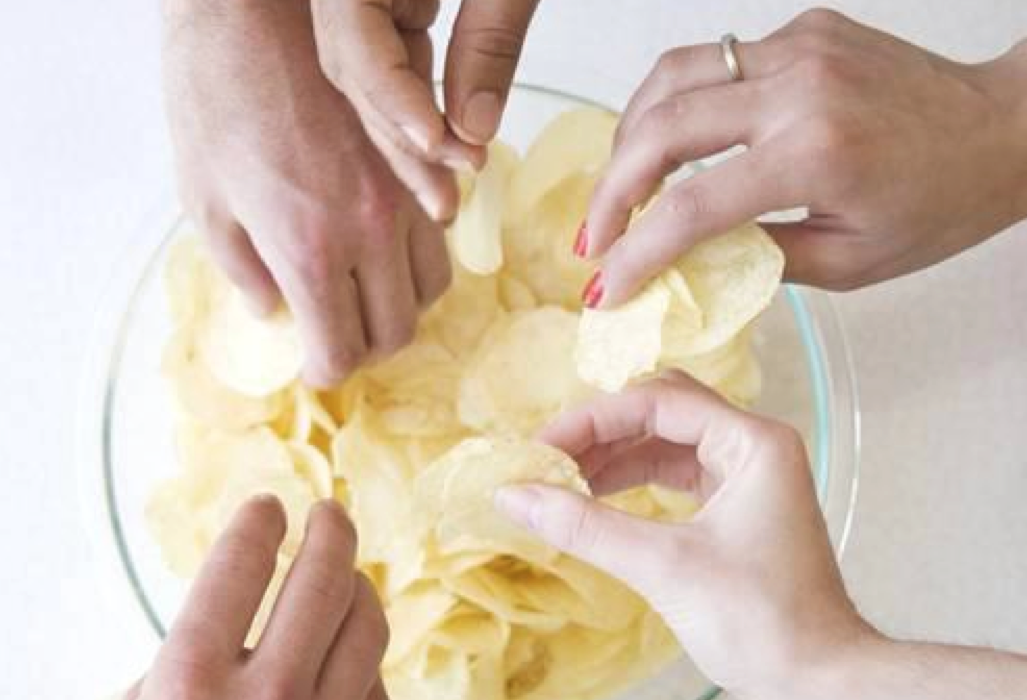 This is the behavior that likely caused people to become overweight in the first place. When people look back and tally up their calories for the day, they typically focus on meals alone and possibly larger snacks. But when it comes to a couple almonds in passing here and a few M&Ms there, most people feel those calories are so low they don't really matter. It's true that one tiny bite doesn't really matter if they only did that once, but grazers typically graze dozens of times a day - and that adds up quick.

Often I try to get people to adjust a behavior, but this is a habit that I highly recommend that people focus on stopping entirely. Each grazing bite typically doesn't affect your appetite enough to satisfy you for long, so you'll keep going back over and over until you effectively add an entire meal to your day. Work on killing off this habit entirely during your diet or you will quickly regain any lost weight when your diet ends. I recommend taking a picture of everything you eat, no matter how insignificant. That little moment when you have to reach into your pocket for your camera will give you a second of self-reflection. That's enough more than enough to break you out of the subconscious habit, but to really shock yourself awake, review all your photos at the end of the day. You might be surprised to see just how many photos you have to scroll through. 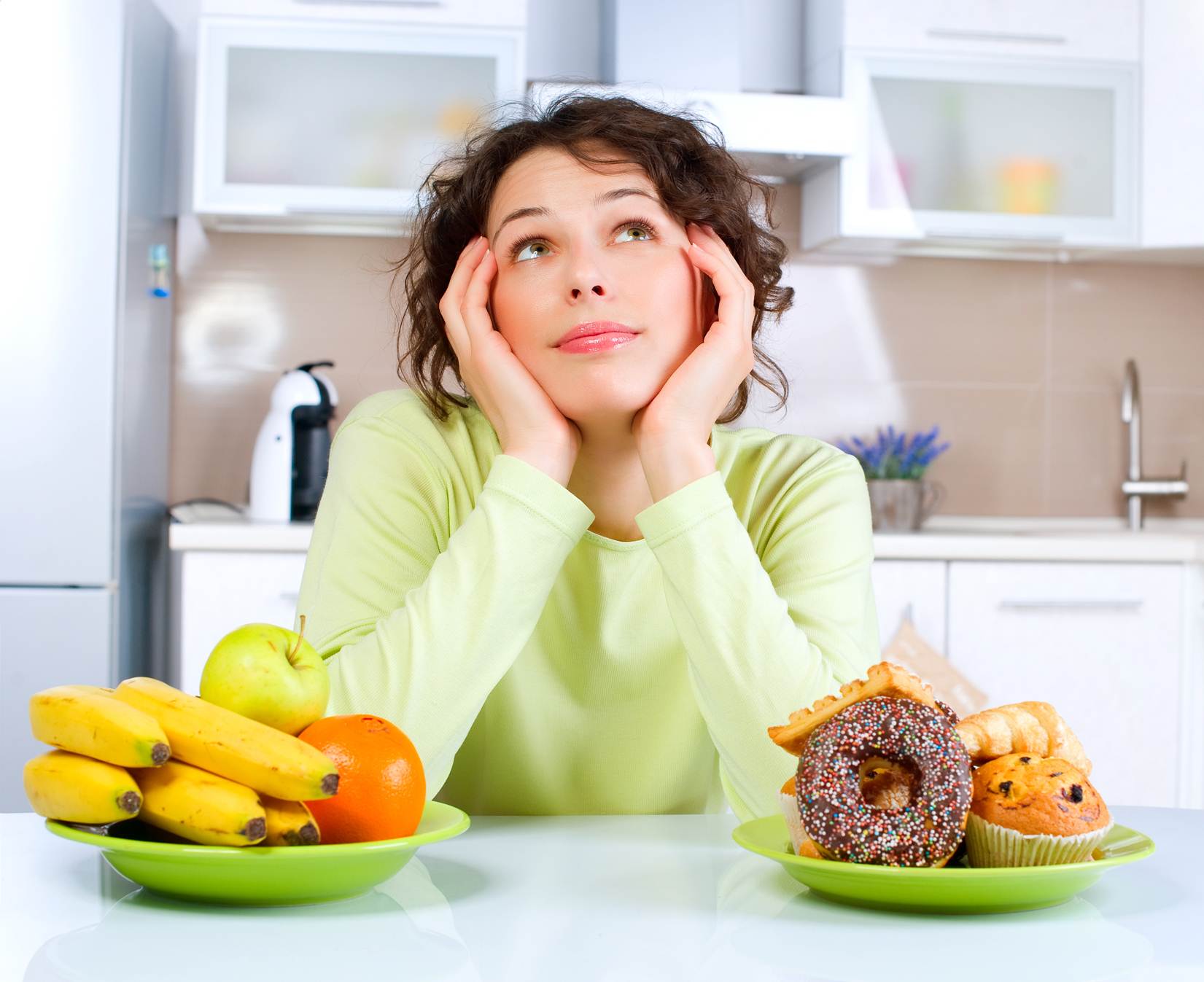 Your willpower can only hold for so long each day, and it has been shown that stress, lack of sleep, and other hormonal factors deplete your willpower throughout the day. One of those big hormonal factors comes from people trying to starve themselves. It's like trying to kill yourself by holding your breath, your body isn't going to let that happen. You may start off the day strong, but your willpower will get weaker and weaker throughout the day until you finally give in and furiously eat anything nearby, often consuming more calories than you normally would have eaten. Don't try to outlast your hunger, you're just going to torture yourself for no reason and then you'll likely eat too much later anyway.

The key to keeping your appetite in check and your willpower strong is to only have healthy options available. Dieting begins in the grocery store. Expect your willpower to fail you during the day, but if you fill your home with good, healthy choices, you will not have to worry about impulsively eating something you may regret later.

What are good choices? Foods that have been processed as little as possible. The simplest guideline, avoid the center aisles and stick to the perimeter of the store. All the highly processed foods are sitting on un-refrigerated shelves in the center while all the fresh fruits and vegetables and lean meats are lining the outside. All the ingredients in those processed foods were designed to increase its shelf life, not for your benefit. Dieting is hard, and surrounding yourself with the very foods you're trying to avoid just makes it unnecessarily difficult and frustrating. Healthy fruits and vegetables can actually be pretty enjoyable, so have these foods on hand when your subconscious (or conscious) appetite becomes too hard to ignore.

This is a fancy way of saying that exercisers tended to become less active throughout the day to compensate for calories burned from exercising. Be mindful of your activity levels before you start working out. Make sure you're not cutting out things like housework, walks you'd normally take, or fun activities you previously participated in. This is another subconscious behavior you'll need to be aware of. If you're losing weight, it means your body is running an energy (calorie) deficit. A lack of energy is going to translate into a lack of motivation, and just like you may need to force yourself to exercise some days, you may also need to force yourself to do simple things like picking up things lying around the house, playing with the kids, or even walking into the next room and back. Stay in the habit of moving from the very beginning and it will become less and less of a problem each day.

Don't let your body beat you

Simple awareness is your best defense against your body's subconscious trickery. Keep track of your movement and eating habits before you start your diet, and maintain these observations during your diet and immediately after to make sure you don't just snap back to bad habits that will regain the weight. I recommend maintaining a journal to really keep yourself accountable or you could use simple tools like our GO - Meal and Activity Tracker or use a pedometer. It's not enough to track just your big meals and just your workouts. You need to look at the entire picture of what's going into your body and how much you're moving. As I've mentioned before, Every Minute Counts, so make sure your brain doesn't trick you into avoiding any of those oh so important minutes.