I’ve heard the same frustrations from hundreds of people:

“First they said eggs were good, then they were bad, now they’re good again, so which is it?”

“I heard fat was bad, now they say it’s good, is that true?”

“I’ve been told to avoid fat and meat and focus on grains my whole life, now they say that’s why we’re all fat. How am I supposed to know what I should be eating?”

It seems like the science of nutrition changes all the time. While our understanding of what we eat has evolved a bit over the years, for the most part it’s actually been pretty consistent. What has changed quite frequently is what gets reported to the public. A mixture of bad journalism, biased researchers, and special interest groups has thrown a lot of noise into a subject that actually has some pretty simple advice.

In order to make a definitive conclusion concerning the long term effects of what people consume, researchers would need to isolate people for years at a time and carefully control not only what they ate, but how much they exercised, how much they slept, how much TV they watched, etc. to make sure they were only testing one specific variable at a time (the particular food item or nutrient). This would not only be incredibly expensive, but almost impossible to accomplish on a scale large enough to find statistically significant results.

This is why most food studies rely on epidemiological studies. Instead of controlling the situation and changing one variable to see the results between the test group and control group, epidemiological studies look back at large groups of people with a similar illness and then tries to INFER POSSIBLE CAUSES based on similar patterns. The real point of epidemiological studies is to suggest hypotheses to be later studied in clinical trials. These types of studies were never meant to offer conclusions, but many in the media jump on their results as if they were facts rather than questions to be explored later. The problem with inferred causes is that the bias of the researcher can lead to them inferring the wrong cause.

I would see this all the time when the media would report that red meat causes cancer. When I actually read the studies, almost all of them would contain the same line that basically said the red meat group also tended to smoke, drink more alcohol, exercise less, and were generally more inactive throughout the day. These studies would gloss over these pretty big risk factors and then conclude the trait they wanted to be the cause as the only cause. Unlike with a controlled clinical trial, personal bias can really come into play with epidemiological studies.

Below is an excellent chart that made it’s way around the internet a few years ago. Redditor Jasonp55 was simply putting some random data points into Graph Pad when he made an interesting discovery. 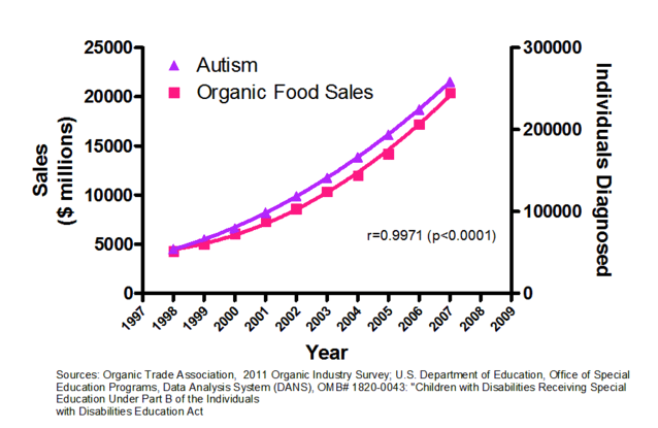 According to this informal “epidemiological study,” eating organic food causes autism. This is obviously a joke, but it really demonstrates the problem; when you’re trying to guess what common trait led to a group’s common illness, you may guess wrong.

This is why it’s so frustrating and confusing when the media grabs these studies and reports them as facts. They seem to ignore the part where these same studies say that future trials are needed to confirm any conclusions. The media has a lot of time to fill and sensational headlines are going to get them more attention (and more money) than a nuanced summation of reality. Don’t be so quick to accept what the news reports as a fact. It’s pretty easy to find the research they’re quoting so you can check it out yourself. Their conclusions might not be as definitive as the media led you to believe. You may even discover other interesting facts like who sponsored the study which could add a whole new level of bias to the issue as I’ve mentioned in the Hydration Myths article. 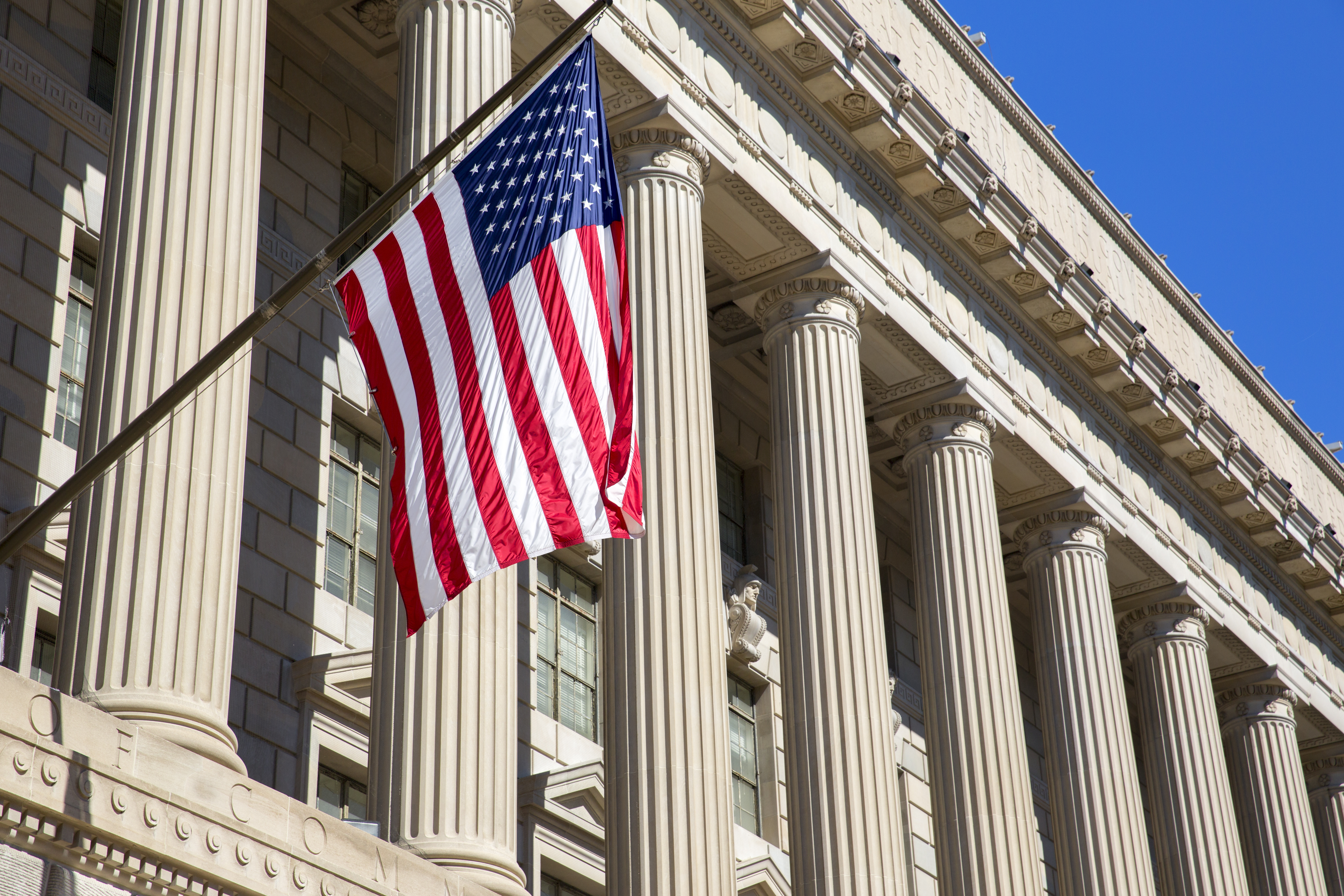 It’s no secret that our government is heavily influenced by special interest groups and corporate campaign donations, so it is safe to assume that an industry with revenues of over half a trillion dollars each year would have significant interest in influencing the recommendations that could cost them billions. Even putting corporate influence aside, the government body responsible for our official dietary recommendations, the United States Department of Agriculture (USDA), is also the organization tasked with supporting and promoting the American food industry. While you could say that the USDA caved in to food industry lobbyists when they set our food recommendations, you could also say that they’re just following their mandate to help push all the sectors of the American food manufacturing industry.

And that’s the problem. The organization tasked with helping farmers and ranchers sell more grains, meat, and dairy also said we needed to eat more grains, meat, and dairy. Louise Light, the original author of the USDA’s Food Pyramid, wrote a book describing how the food industry overrode her recommendations in order to promote their products and how she predicted these terrible suggestions would led to diabetes and obesity. I think her bio sums up why our official recommendations may not be the healthiest suggestions:

“Luise Light is a writer, editor, author, teacher, radio talk show host, nutritional expert and pioneering researcher and investigator. As the former USDA Director of Dietary Guidance and Nutrition Education Research, she was responsible for the original Food Guide Pyramid. The “Pyramid” emphasized eating more vegetables and fruits, less meat, salt, sugary foods, bad fat, and additive-rich factory foods. The USDA censored that research-based version of the food guide and altered it to include more refined grains, meat, commercial snacks and fast foods, only releasing their revamped version 12 years after it was originally scheduled for release.”

These recommendations set the standard for what we’ve eaten for generations and are used as a strict guideline for school lunches, government assistance programs, and the military. Even many hospitals, doctors and dietitians default to these guidelines for their patients. The end result is our food industry grew at an impressive rate but so did our waistlines.

So what should you eat?

We already have a decent idea of what’s healthy and what isn’t, but here are some simple tips I have found clears it up for most people:

The original idea of the Food Pyramid was great, eat larger portions of healthy foods and smaller portions of those processed foods that you enjoy, but that aren’t good for your weight or your health. The majority of your plate should be filled with whole fruits and vegetables. Add a reasonable portion of lean meats on the side, mix in some healthy fats and let the smallest portion of your meal be those carbs that you loved so much but caused so many problems. You don’t need to totally give up what you enjoyed, just rebalance the proportions that were on your plate. When it comes right down to it, we already know what’s good and what isn’t for the most part, but if you have questions, feel free to email us here at support@lolofit.com.